Rejected by the banks: SMEs turn to equity crowdfunding after failing to secure business loans

Despite multi-million dollar revenues and massive demand for their product, Jonathan Byrt and Jesse Leeworthy had been refused a business loan by every bank in Australia.

Lenders from all of the big four and even most of the smaller banks took one look at the young company’s lack of securities and shook their heads, leaving the duo hamstrung by a lack of working capital.

“We’ve been unable to meet demand for orders this year due to our working capital issues. I’d say we’ve turned down over $300,000 in orders due to stock outages,” Byrt tells SmartCompany.

The pair run four-year-old water bottle manufacturer memobottle, which has seen success thanks to taking a fresh approach by designing a bottle which can easily fit in bags and backpacks. Also, landing in the Academy Award’s gift bags in 2016 probably helped too.

Byrt said it costs the company about $500,000 to do a full production run for its products, and to drum up that level of capital the business needs to sell out almost all of its inventory, resulting in stocking issues.

“We have to sell out to be able to go to production, and then that takes 12 weeks, plus another month on the boat. By the time it arrives, we’re already out of stock, so it’s become really difficult to manage stock with our current cashflow,” he says.

With an international expansion also in their sights, the two hoped business loans would provide them with the capital they needed to keep the $3.7 million business humming along. But after a few meetings, those dreams turned to dust.

“All we have on our balance sheet is inventory and receivables, and despite our trading record and revenues, the banks won’t touch us,” he says.

“Even the smaller ones weren’t interested. It was super frustrating.”

Today at 11.00am, the memobottle founders will join the increasing number of Australian business owners turning to equity crowdfunding as a way to raise capital and grow their businesses. The two are turning to their customers and fans in the hopes of raising up to $1 million by selling shares in the business.

Equity crowdfunding is a nascent alternative to business funding in Australia, emerging in recent times thanks to legislation passed by the federal government opening up the funding method to privately-structured companies. Despite only being available from early this year, a number of significant rounds have already occurred, raising millions.

Running the campaign on crowdfunding platform Birchal, Byrt says the company’s experience with running multiple successful Kickstarter campaigns meant equity crowdfunding was an easy fit, as memobottle already had a community of dedicated fans it could reach out to for potential investment. 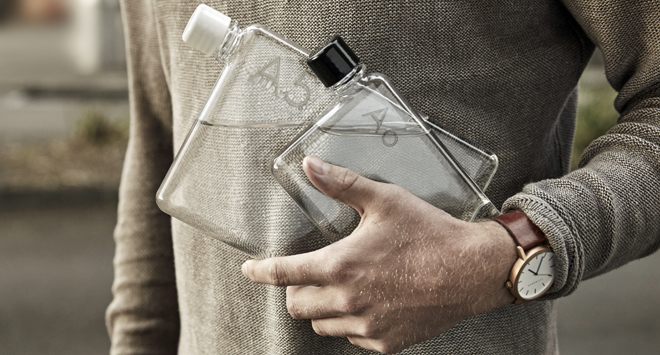 However, despite their enthusiasm, the founders only decided to go forward with the plan about a month ago after the government passed legislation allowing private companies to participate.

Memobottle’s campaign goes live today, and the founders are hopeful. Already they’ve raised $150,000 from private investors, and are hoping their extensive marketing and expression of interest campaign will help them reach well over their $300,000 minimum.

“We know that our investor community will be invested both financially and emotionally in our journey after this campaign because they’ll have a stake in our business. We plan to enter new markets with the funding and projections show we can get impressive returns for our investors”, Leeworthy says.

More SMEs looking to the crowd

According to Birchal co-founder Matt Vitale, over 85% of companies raising through the platform were either rejected for a loan or believed they wouldn’t be able to get one.

“As equity crowdfunding has become more well-known, businesses are considering it as a good way to get capital for expansion when they haven’t been able to secure a bank loan,” Vitale tells SmartCompany.

“Our focus has always been on consumer businesses, but equity crowdfunding is not just about tech startups.”

Vitale says the switch to allow proprietary limited companies was a “shot in the arm” for businesses seeking funding in Australia, and expects to see smaller businesses look for smaller raises through the platform in the future.

“A lot of businesses were waiting for those changes to come through, and we’re looking at a very busy pipeline for 2019,” he says.

NOW READ: Melbourne brewer Sample to launch equity crowdfunding campaign on Birchal to “give back to consumers”