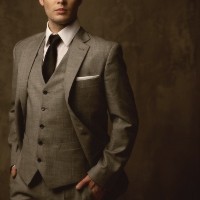 Menswear retail chain Man to Man has emerged from voluntary administration after administrator Ferrier Hodgson was able to find a new owner for the company.

While voluntary administration can often spell the end for Australian companies, the 34-year-old retail chain has been scooped up by a group of local and international investors.

The new owner has purchased all 62 stores in the Man to Man chain, with 242 employees existing employees to stay with the company.

Ferrier Hodgson said in a statement this morning Man to Man founder Alex Hampel will also stay on with the company as chief executive.

“We look forward to revitalising the iconic brand through some significant and exciting changes to the business,” Hampel said in the same statement.

A spokesperson for Ferrier Hodgson told SmartCompany this morning the new owners have requested to remain unnamed at this stage. The administrators were also unable to disclose the sale price.

The 82 Man to Man stores traded through the Christmas and New Year period but 20 “underperforming” stores were closed in early January.

At the time of the appointment, administrator James Stewart said the company’s financial troubles were the result of a “failed investment decision in a men’s shoe retail chain and tough retail trading conditions during 2014”.