Non-alcoholic superstore Sans Drinks has merged with Craftzero, as the business looks to turnover a possible $15 million this financial year.

Sans Drinks founder Irene Falcone tells SmartCompany that Craftzero has been a “very strong, really big competitor”, but its demographic was largely men looking for non-alcoholic craft beers, while her own customer base is predominately female.

“The strategic reason for the merger is to tap into that male audience through a male-dominated and male-looking website,” Falcone said.

“I will absolutely not be the face of Craftzero in any way,” she noted, explaining that the merger will see Craftzero continue to exist as a standalone brand, with all staff relocating to Sans Drinks’ warehouse in Brookvale.

Craftzero’s founders, Marc Naggar and Sherif Goubran, will also stay on as consultants at the business.

Falcone plans to double down on the craft beer aspect of Craftzero, making it “the real focus of the business” with “heavily male-skewed products” compared to that of Sans Drinks.

And while she is unable to share financial details of the merger, she does disclose that she is so confident in her ability to grow the brand that she put her investment property up for sale in order to fund the merger.

Launched in 2020 by the founder of Nourished Life, Irene Falcone, Sans Drinks started as an online marketplace for non and low alcoholic drinks, before opening an in-person bottle-o in Freshwater last year.

Speaking with SmartCompany Plus earlier this month, Falcone said she expects the business to turnover at least $15 million this financial year after only two years in operation.

The merger with Craftzero will help reach this expected target, as will Sans Drinks’ move towards a new franchising model for the brick-and-mortar retail stores.

Currently, Sans Drinks is operated only by Falcone, her husband, and a handful of casual staff.

Falcone says she opened the sole brick-and-mortar store in Freshwater because she customers in the northern Sydney region coming to click-and-collect online orders from the warehouse were blocking the roads due to such high traffic.

These customers were also wanting more from the brand: a more personal experience. 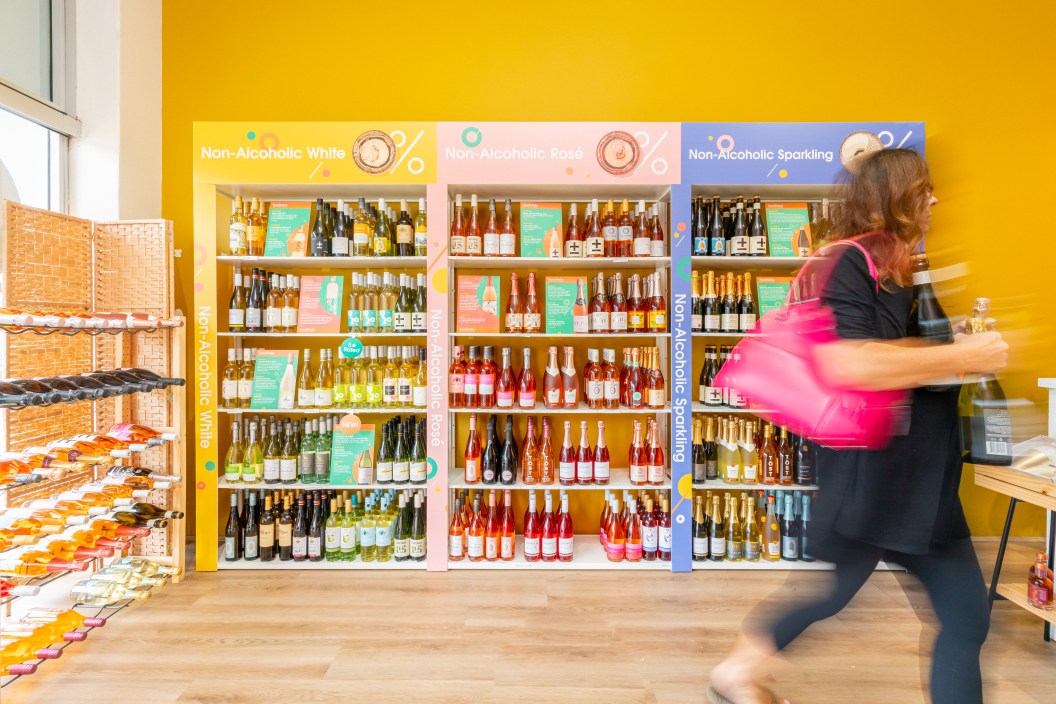 “People were lining up wanting to ‘try before they buy’ products when picking up their other click-and-collect orders,” Falcone explained.

Consumer behaviour has definitely changed in recent times towards the regular consumption of alcohol, and post-pandemic, we’re seeing that some consumer behaviours aren’t: in-store retail shopping.

After opening the Freshwater store and receiving positive customer feedback both in-person and online, Falcone decided to consider the potential for further expansion.

Falcone posted the idea on LinkedIn, and had a number of people reach out to register their interest in becoming a franchisee of Sans Drinks.

As for who Falcone is looking to take onboard as franchisees, she says it will ideally be “mums and dads; wonderful community members who want to buy a franchise in their local area”.

“I’m not here to be a big chain,” she explained.

“I don’t want to go and get lots of them too quickly. I’m a very conservative sort of business owner,” Falcone said — despite also being a self-appointed “naughty entrepreneur”.

In the next financial year, Falcone says she realistically only anticipates opening 10 franchises nation-wide.

Having franchises around the country will allow Sans Drinks — and the booming non-alcoholic sector — to continue raising its competitive advantage over the likes of the big liquor stores trying to carve out a non-alc space in their full-liquor markets, which Falcone believes is “a bit bizarre” anyway.

“I think it’s problematic, because there are so many children in supermarkets getting bombarded by messages of Heineken, Carlton and everything.

“And of course when you go into a liquor store, you’re bombarded by alcohol. I’m not sure that’s the right choice [for non-alcoholic brands].”

After all, “you don’t go to the butcher to buy bread”.

Sans Drinks turned over $10 million dollars last year, and founder Irene Falcone expects that to grow to $15 million this year — possibly even $20 million.

This could be the easiest Dry July yet, thanks to the boom in alcohol-free alternative drinks and the Aussie brands behind them.

[…] in revenue, has opened up national franchising opportunities for the physical stores, and has recently merged with Craftzero — a non-alcoholic store that largely catered to the male […]