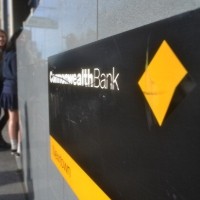 Australia’s big banks have cut their rates to the lowest ever levels for fixed-rate home loans.

The Commonwealth Bank led the charge yesterday cutting its five-year fixed mortgage rate to just 4.99% per annum, 0.7% lower than its previous rate.

The bank said in a statement this is the first time it has offered a five-year fixed-rate below 5%.

CBA’s move was quickly followed by National Australia Bank and Westpac which both cut fixed rate loans for new customers.

Andrew Wilson, senior economist at Australian Property Monitors, told SmartCompany the cuts have been driven by competition for market share and recognition that there may be a flat outlook for interest rates.

“We have had quite a mixed atmospheric over the last month with regards to interest rates,” he says.

As a result of this Wilson says the major banks have all reduced their rates to below 5% and are competing “quite vigorously” in what remains as a “moderate to strong” housing market.

“I guess it is more good news for home owners and that improves housing affordability,” Wilson says.

But he recommends looking at the fee structures for the fixed home loans put out by the banks.

Looking at the broader economic conditions, Wilson says inflation rose “a tick higher” than expectations yesterday with its 0.5% rise. But it is still within a range that isn’t indicating a cut or rise in interest rates.

“There is still a cloudy outlook in terms of the general economy,” Wilson says.

He predicts rates will remain where they are.

“At present inflation is not a threat to the economy, meaning that the Reserve Bank can comfortably keep interest rates at exceptionally low levels over the medium term,” Sebastian said in a statement.