Moving your SME to a regional area: is it worth it? 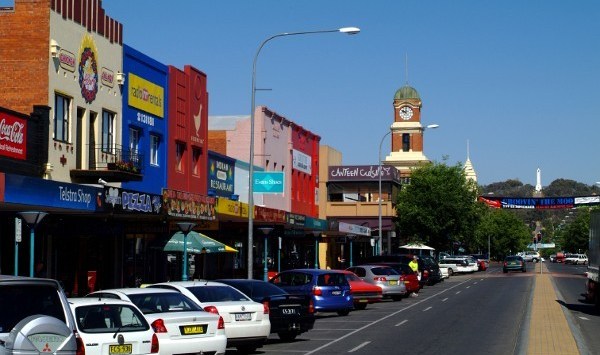 Regional centres such as Albury-Wodonga are growing

Small businesses and entrepreneurs are beginning to better understand the benefits of setting up shop in regional areas.

Shunning the hustle and bustle of the capital cities, more SME owners are deciding to shift their business and family to the country in order to take advantage of fast-growing regional cities as well as the more relaxed lifestyle.

Verity Rhodes, an interior designer who moved her business, Verity Rhodes Interiors, from Sydney to Albury about a year ago, told SmartCompany she decided to take the leap for a number of reasons.

“I was just sick of the commute, the lifestyle and the expenses,” Rhodes says.

“We wanted to be closer to family down here and buy a house. I was also getting more enquiries for work down here.”

While it’s not all roses and chocolates for regional businesses – with many small operators doing it tough – Rhodes says setting up a business in the country has a lot of positives in comparison to the city.

“Without having to deal with all that travelling and stress, you can get so much work done,” she says.

“And I find in the country your networking is so much easier – you meet people all the time. Whereas in the city I hardly knew anyone and networking was very hard. I haven’t had to spend a dollar on advertising since I got here – it’s all through word of mouth.”

However, Rhodes also says this can mean word travels fast “if you’re not up to scratch” so she advises business owners and entrepreneurs looking to move to the country to be smart and good at what they do.

“I think you do have to do your research and work out what market you’re in,” she says.

“I rang a few builders within the [local] construction industry and knew when I was coming down that I had a few leads. We just went for it and it all worked out. The amount of work I have now – I just can’t keep up. I’ve been booked out every day since.”

Another business owner who has moved from a capital city to set up shop in Albury is Michelle Rovere, co-director of Belles & Whistles Communications.

Rovere says she also encourages business owners to do their research if they are thinking about a tree-change.

“There is a certain level of assumption that regional towns and cities are very similar to metropolitan cities – just on a smaller scale,” Rovere says.

“That’s definitely untrue. They have their own culture and way of working. It’s important to get to know the town or city for what it is. This is such a thriving growth region.”

Rhodes, meanwhile, says she has “quite a few” friends and colleagues back in Sydney who are thinking about going regional. An added benefit is that her husband still works in the CBD in Sydney, flying to work on a Monday and coming back on a Wednesday.

“It’s an $80 flight… within an hour he can be in the city, so we haven’t been able to give up what he does as well. We couldn’t have come here if that weren’t the case. Now my business is going well, but at the start it was a big risk.”