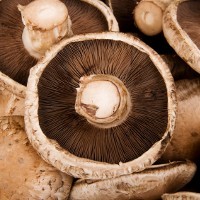 A Western Australian mushroom farm that supplies white and Portobello mushrooms to major supermarkets has collapsed.

Rob Kirman and Norman Oehme of McGrathNicol were appointed as receivers and managers of Jongro Pty Ltd, trading as Crown Mushrooms, at the end of August and are now seeking urgent expressions of interest for the company or its assets.

Kirman told SmartCompany Crown Mushrooms is continuing to trade while a buyer is sought, and all 85 employees have been retained.

While Kirman says he is unable to disclose the company’s turnover as due diligence is ongoing, he says the business has been “loss making for the past few years”.

“The thing about mushroom growing is that it is quite capital intensive … you need to continually invest in the business to get efficiencies out of the business,” says Kirman.

“Crown Mushrooms has been loss making for the past few years so it hasn’t been able to re-invest in the business.”

Kirman says multiple factors contributed to the collapse of the business, as opposed to a single, “one-off event”.

Crown Mushrooms, which was founded by Trevor Johnson in 1972 and is still owned by the Johnson family, has more than 1000sqm for growing mushrooms, with the capacity to produce more than 28 tonnes of produce per week.

“Being one of the largest mushroom producers in Western Australia, Crown Mushrooms provides many of the state’s leading supermarkets, fresh produce markets and restaurants with superior quality mushrooms year round,” says the Crown Mushrooms website.

Among the company’s assets for sale are a freehold on a 15 acre property in Wanneroo, WA which has two residencies as well as the mushroom farm, an inventory of mushrooms, climate control technology, growing and harvesting equipment and a composting facility.