My experience inside the Shark Tank: What got cut and the harsh reality of reality TV 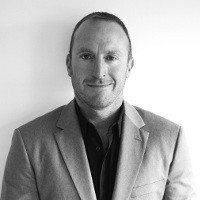 When I learnt that I would be pitching to the sharks on Shark Tank Australia, I saw it as a great opportunity to get some positive exposure for Mobilyser, but I also went into it with my eyes wide open.

Whilst I knew that I would be extremely lucky to get an investor, I backed myself and took a calculated risk. I felt secure in the knowledge that I knew the business, strategy and most of all, my product.

An intense morning spent having makeup done, attending photo shoots and a discussion with a psychologist, helped to dissipate nerves on the day. It also gave the entrepreneurs a chance to chat with each other about their individual product/service in a non-pressurised environment.

I was the first entrepreneur to enter the tank on the day and the filming process was completely new to me. Upon entering the tank, I didn’t proceed to pitch straight away and instead I was asked to stand on the spot in front of the sharks for a few minutes whilst the camera crew took photos of me and finished setting up.

Once the pitch was in full flight, one of the most challenging aspects of the show was that I often couldn’t push my point across without coming across as disrespectful and arrogant. Several times I inherently disagreed with the sharks and their perception of the product and its potential. But I was acutely aware that any “bite back” may be used against me in a way that might damage the Mobilyser brand and ultimately the success of my pitch.

After being stopped one minute into my two-minute pitch, I found it an uphill battle to get my messages about Mobilyser’s potential across to the sharks. I feel like I didn’t have the opportunity to properly sell Mobilyser against the tide of scepticism that I came up against. In hindsight, I would have devoted greater time and energy to perfecting my pitch, and this would be my recommendation for others who will enter the tank.

Over 40 minutes of filming amounted to just a six minute segment, so regardless of whether I felt the filming went well or didn’t, I was at the mercy of the final edit – which I saw on Sunday night when the program aired.

Few entrepreneurs leave the tank without losing a limb and despite Mobilyser not getting any traction with the Sharks, the experience and the viewer response has had a positive influence on Mobilyser in its trajectory forward.

Whilst Mobilyser wasn’t designed from the outset to have an enterprise solution, today enterprise is its priority audience. The product remains relevant to the individual, however, I think the service enables greatest opportunity in the commercial sector and the business strategy reflects this.

Starting anything from scratch is certain to throw you curveballs. However, since the show was screened, we’ve had a strong response to our enterprise solution and I remain confident in Mobilyser’s future. Soon we will have some exciting announcements to make about Mobilyser’s new product, Mobilyser Plus.

We are extremely excited to have built a telecom expense solution using our unique attributes to benefit some of the biggest corporate customers in Australia. Things are happening and the team here at Mobilyser can’t wait for the next chapter.

Robbie Adams is the founder of Mobilyser.