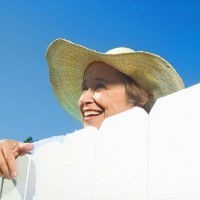 Nabo, based in Surry Hills, Sydney, acquired the community guide for an undisclosed amount in order to expand its offering to users and help local communities connect with one another.

Neighbourhood social networks such as Nextdoor are kicking off in the US and now Australia, with Nabo scoring $2.25 million in funding from Seven West Media and Reinventure Group late last year.

Nabo co-founder and chief executive Adam Rigby told StartupSmart he jumped at the chance to make the company’s first acquisition because AroundYou’s purposed aligned with his own.

“It really has a fantastic coverage of local events in Australia and that’s something we know our Nabo members really enjoy seeing,” he says.

Since rolling out pilot schemes in 19 Suburbs in 2014, Nabo now has users in more than 4000 suburbs across Australia.

Rigby says the key to the startup’s growth has been forming partnerships with trustworthy organisations such as local councils and community groups.

“We’ve been embraced by a number of local councils in Queensland as well as the City of Perth and the lord mayor over there has been very supportive,” he says.

“And the same goes for NSW and Victoria and so on. By working with these local councils they have access to local residents. And we are also introducing Nabo to those markets whether it be through our partners at Chanel 7, Seven West Media, or through traditional means.”

The startup will soon rollout its platform on the App and Google Play stores as part of its push to scoop up more users.

“That’s a very important step even though our website is fully responsive,” he says.

“We want to give our users and members a better experience, so releasing the apps on Android and iOS is a high priority for us. As well as that it’s just about ongoing improvements to the platform – we want to make the user experience better and more appropriate.”