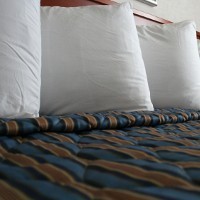 The parent company of two leading Australian bedding and insulation manufacturers has collapsed into voluntary administration due to the “difficult economic climate in the manufacturing sector”.

The Crestall and Tontine brands were previously owned by United Bonded Fabrics, which was acquired by Pacific NonWovens in mid-2013, but trace their histories back to 1961 and the 1870s, respectively

But in another sign that Australian manufacturers continue to face difficult trading conditions, John Lindholm and Stewart McCallum of Ferrier Hodgson were appointed administrators of Pacific NonWovens on May 18.

Pacific NonWovens manufactures out of six factories across Australia, including two in Thomastown, Victoria, one in Coburg in Victoria, as well as Bibra Lake in Western Australia, Kedron in Queensland and Villawood in New South Wales.

The business turned over more than $25 million in the 2014 financial year and, according to Ferrier Hodgson, also operates Australia’s only textile recycling plant.

A spokesperson from Ferrier Hodgson told SmartCompany this morning the Pacific NonWovens factories are all continuing to operate throughout the voluntary administration process and the company currently employs around 120 employees.

“The main reason for the appointment is the difficult economic climate in the manufacturing sector,” the spokesperson says.