Instant bank payments are coming: Here’s what you need to know 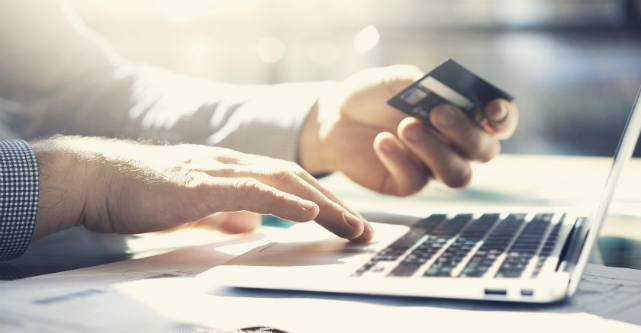 Business owners and customers will soon be able to access instant electronic transfers between a number of financial institutions, with the New Payments Platform officially being rolled out in February.

Once in place, the system will allow customers from a number of financial institutions, including the Big Four, to send and receive electronic financial transfers instantly between different institutions, removing the current two to three-day delay.

It will also introduce a ‘PayID’ function, which will tie a piece of personal information such as an email address or phone number to a user’s bank account, relieving the user from having to rely on a BSB and account numbers. Banks will be able to use an overlay service, which draws on the basic infrastructure of the NPP to customise services that suit their customers.

So what does this mean for SMEs? Here’s what you need to know.

Where did the idea for the NPP come from?

The push for instant payments came from a 2012 review into Australian payment systems from the Reserve Bank of Australia (RBA). In the report, the RBA board found merit in an instant payment system, as it could significantly bring banks in line with the newest available technology and improve retail systems:

“The Board sees a system providing real-time payments as key to further innovation in the retail payments system. Such a system should be as open as possible, implying that the costs of new players joining should not rise significantly with the number of participants. It should also be capable of providing additional processing services. Finally, the Bank believes that there is a case for settling these transactions in real time so that real-time payments do not rely on credit provision.”

In response, New Payments Platform Australia Ltd. was established as a collaboration between the 13 participating institutions, with representatives from some of the institutions given a position on the board.

Can anyone use it?

Not at the moment. According to NPP, customers of up to 60 banks, building societies and credit unions will be able to access instant payments when the platform launches February. This includes ANZ, Bendigo and Adelaide Bank, Citigroup, Commonwealth Bank, HSBC, ING Direct, Macquarie Bank, National Australia Bank and Westpac.

However, NPP expects more institutions, big and small, to sign up. For example, Bank Australia has already confirmed its intent to join the NPP system on its website. The Bank of Queensland has told SmartCompany it will offer NPP functionality in late 2018.

Because this is not a regulatory matter, banks have no strict timeline to adopt NPP technology, meaning many bank customers may have to wait for unknown periods of time.

However, independent banking expert Neil Slonim believes once the ball gets rolling on NPP, banks will feel the pressure from consumer competition and growing need for financial transparency to adopt instant payment technology, otherwise they’ll be left behind.

“It’s interesting to watch how the banks have become more proactive. You have areas like open data where previously it would appear as though the banks might not have done all they could to make data available to customers. But now they get the message that they can’t hold back, they have to embrace technology,” says Slonim.

“A bank that doesn’t embrace that approach is likely to suffer from market forces.”

Are there any risks?

Like many elements of financial management, the NPP system will carry risk. However, Slonim believes the security concerns of instant payments would not outweigh the risk of mainstream payment systems, otherwise it would not be rolled out.

“I don’t believe it will be any less secure than other payment systems the banks use like BPay or internet banking. You could argue this will be more secure than credit cards,” Slonim says.

The ABC reports the NPP will not permit any financial institution to use the technology without first confirming it has implemented security measures that are capable of detecting fraudulent activity in real-time.

How will instant payments help SMEs?

Slonim and the RBA both believe instant payments will improve the operations of small businesses. For SMEs that feel the weight of late invoice payments and other income, this can come as some relief.

“This is a real boom for small business owners. This enables SME owners to pay and, more importantly, receive money quicker. It takes less time to do it,” says Slonim.

The RBA report agrees, suggesting businesses will see an improvement in their cash flow.

“The capacity for real-time retail payments could be used by government agencies to make emergency payments, by individuals to make personal payments and potentially by businesses to make better use of cash balances.”