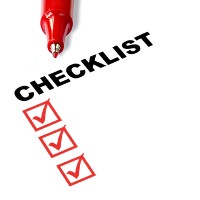 Company directors will have greater protections against personal liability in lawsuits against their companies if a new push by the Australian Institute of Company Directors gets the green light.

But Peter Swan, professor of finance at the University New South Wales Business School, says the proposal, which is being considered by the federal government, doesn’t “pass the smell test”.

The Australian Institute of Company Directors is arguing the exposure to jail time is inhibiting companies’ growth, but Professor Swan told SmartCompany there are no examples of company directors facing litigation over risk or innovation.

“They are so blatantly pushing their own barrow on grounds which have no basis,” says Swan. “Why should directors get complete exemption?”

“If they could point to actual decisions that suppress innovation or risk due to the threat of onerous penalties, I would bend over backwards to get rid of rules that discourage innovation. But they aren’t able to point to any and, as far as I’m aware, there aren’t any.”

A copy of the proposal seen by SmartCompany points to a 2010 survey of directors from all company types, which found more than 90% of directors felt personal liability had a negative impact on optimal business decision-making.

“Subsequent surveys and the Director Sentiment Index, which take in all company types, continue to show the same outcome,” said the institute.

“We need to actively create an environment where directors that act with integrity are free to pursue new opportunities and create jobs without being overly focused on personal liability concerns.”

But Swan says major cases, such as those involving James Hardy and Centro, didn’t involve innovation and, in the Centro case, directors did not face substantial penalties.

The proposal calls for the legal protection of directors when they have acted honestly and reasonably.

“The proposed [Honest and Reasonable Director Defence] would be available in circumstances where a director, acting in that capacity, conducts him or herself honestly and with an appropriate degree of care and diligence,” said the institute.

But Swan says, unless a director is convicted for dishonesty, they will always argue that they have acted honestly and reasonably.

However, Rebecca Maslen-Stannage, partner at the law firm Freehills, told SmartCompany the issue is not that directors are concerned about being sued, but more about a question of priorities.

“The result of cases like Centro and James Hardy have meant directors are now spending too much time on compliance and not enough time on innovate measures,” says Maslen-Stannage.

Maslen-Stannage says the flow on from these high profile cases has been that fear has been struck into the heart of the director community.

“The risk that comes from class actions is such a factor now; directors don’t feel they have the time to focus on what’s important. It has become a disproportionate amount of time spent [on class action concerns].”

Meanwhile, Swan has completed research that shows independent board directors – those who have no links either to management or substantial shareholders – have destroyed between $30-50 billion of shareholder value over the past decade.

“Most large Australian companies choose to have large boards and choose to appoint directors with no industry background,” says Swan.