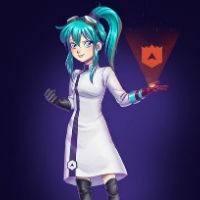 Australian film distributor Madman Entertainment has launched its own subscription video on demand (SVOD) streaming service but says it is not looking to take on US giant Netflix for a slice of the Australian streaming pie.

Madman this week launched AnimeLab, a streaming service for the popular Japanese cartoons, and was met with such a strong reception from fans it briefly crashed the website.

A free standard version of the website had been previously available after a soft-launch, but the launch of the paid premium service was more popular than Madman had initially expected.

Speaking to SmartCompany, co-founder Tim Anderson said Madman was not intending to take on Netflix or any of the other big streaming players with the launch, but was rather doing what it did best: leveraging its niche appeal.

“Absolutely, we are working niche to our advantage,” says Anderson of the company’s 90% market share of the local anime market.

But Anderson will not rule out eventually expanding the company’s new streaming capabilities into other segments.

“Anime is where we are strong and capable, but there are other areas where we have a following, such as documentary, art-house or Australian films,” he says.

“We’d never rule anything out, but we are conscious not to get too over-excited by ourselves. We have to really be aware of being relevant for our audience community.”

Anderson believes playing to a niche market has been key to the success of the $50 million company, which he launched with co-founder Paul Wiegard in 1996.

It is something the company has made a deliberate effort to leverage through its social media marketing, particularly its strong Facebook following, which counts more than 160,000 loyal fans across three main pages.

“Madman is a niche company, which lends itself very well to Facebook and the ability to build a community around likeminded people,” Anderson says.

And while Anderson would not go as far to say he’d completely given up on traditional above-the-line marketing, saying in-cinema posters and trailers will always play a role, he says social marketing is increasingly where Madman sees a return for its dollar.

“Above the line marketing is really expensive and increasingly difficult to justify. When you have a really highly engaged community, tools like Facebook are a great way to directly engage with them,” he adds.

Off the back of the successful launch, Anderson and Madman’s digital and social media manager, Ben Clay, shared four tips with SmartCompany for how you can work your niche to your advantage on social media.

Clay and Anderson say a platform like Facebook allows you to find and talk to customers who are already talking about your niche.

Madman recently used Facebook to market Australian documentary, That Sugar Film, gaining more than 87,000 fans for the page. More than 60% of referrals to the film’s website came from Facebook.

“Facebook is great for niche audiences,” says Clay. “It’s really easy to find specific topics people are talking about and target those conversations that are already happening.”

Through Facebook’s targeting tools, Clay says Madman was able to find people already discussing the issue of sugar and target them with the film.

“It was quite unique because people were really wanting to talk about it,” adds Anderson.

“For something that was so interesting and shareable and had people arguing, a forum like Facebook was ideal.”

Perhaps one of the more unique aspects of Madman’s social media presence is its tone of voice, something Anderson says he’s tried hard to cultivate with his staff.

“From my perspective… because [our staff] are very in tune with our fan community, because they are fans themselves, I actually really enjoy when the guys are generating their own ideas on there,” he says.

Anderson says he likes to give free rein to Madman’s staff on social media so they can let their own personality and tone shine through.

“We have really engaged people culturally, they are always thinking of fun, cool stuff. For me, that’s difficult to manufacture that from a higher place.”

Anderson says it’s important for Madman’s social communities not to put the hard sell on its customers all the time.

“We are very lucky in that people are already very passionate about what we’re doing,” he says.

“So our online community is all about enjoyment for the most part – we try not to just be selling our products all the time,” he says.

“Consumers are very savvy and always can pick up on the obvious sell… We need to be a credible source of information on our brand and what’s interesting in our industry, then the sales come.”

Anderson says being first to market is one of Madman’s biggest advantages in Australia, and social media provides the perfect opportunity to leverage that.

“Especially on our anime social channels, it’s all about communicating the latest information, because our audiences are hungry for anything that’s newly launched,” he says.

Anderson says Madman will often push an international new release through the subtitling process and get an English trailer up quickly, so the Australian audiences feel they are not lagging behind global release dates.

“We’ve had millions of views from doing that,” he adds.