Not so “cheap cheap”: Woolworths again accused of bullying suppliers 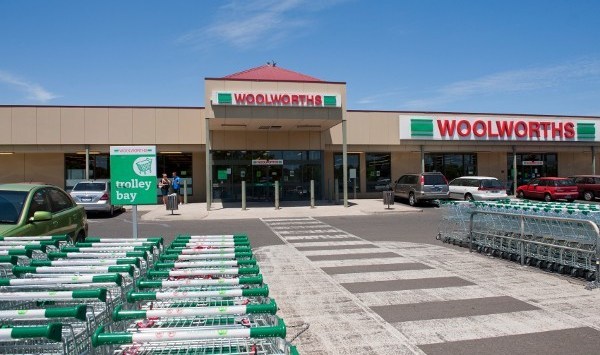 The ACCC is looking at supplier bullying claims against Woolworths

Supermarket giant Woolworths has again been accused of bullying suppliers, attracting the attention of the competition watchdog, just days after rival Coles settled a court battle with the regulator over a similar issue.

The Australian Consumer and Competition Commission chairman Rod Sims has confirmed the regulator has received further complaints about supermarket supplier issues, which he said in a statement the ACCC “will consider”.

Fairfax Media is reporting Woolworths has asked suppliers to pay millions of dollars to fund its “cheap, cheap” discount grocery campaign, demanding up to $1 million from certain suppliers and requiring them to pay within weeks. Suppliers who refused to pay were asked to meet with senior management, according to the report.

SmartCompany understands meeting with management is a typical step in grocery supplier negotiations.

Fairfax is also reporting Woolworths managers are under “extreme pressure” to recoup money to help the retailer avoid a profit downgrade.

“Woolworths expects to maintain the same profit margin per item, even if it’s our choice to discount it,” a Woolworths’ staff member told Fairfax.

Woolworths has denied the allegations saying there is no “evidence of any kind of inappropriate or unlawful conduct”.

In June, Woolies was accused of bullying vegetable suppliers into funding its Jamie Oliver fresh food campaign, but was cleared of wrongdoing by the ACCC in November.

Earlier this week, Australia’s other leading supermarket Coles was forced to apologise and fork out a $10 million penalty for forcing suppliers to pay rebates to participate in its Active Retail Collaboration program. Coles has said it has since addressed its supplier relations by appointing former Victorian premier and Coles critic Jeff Kennett as an independent arbiter of its supplier dealings.

Jos de Bruin, chief executive of Master Grocers, told SmartCompany he applauds the “strength and resolve” of the ACCC in investigating bullying accusations by the major supermarkets.

“They are there to protect us and they’re doing their job, finally showing Coles and Woolworths can’t justify this behaviour,” says de Bruin, who believes action on bullying has been long overdue.

“Here we are having this conversation, but we should have been having it 20 years ago,” he says.

De Bruin claims the major supermarkets ask suppliers to agree to trade terms when they sign contracts, then later “put major pressure” on them to extract further payments.

“Once the contract is signed, they engaged in a practice to further extract money by whatever devious means they can,” says de Bruin, who believes those that can’t afford to pay or do not want to pay face retribution by missing out on getting new products stocked, losing current products or having their products shifted.

“What happens is that priority is given to those that are willing to pay the ‘over and above’ discounts, so that they get their sale figures,” he says.

“If they [suppliers] say no, they know they’re dealing with a national organisation, and that is potentially millions of dollars lost.”