One bright idea that could transform innovation in Australia 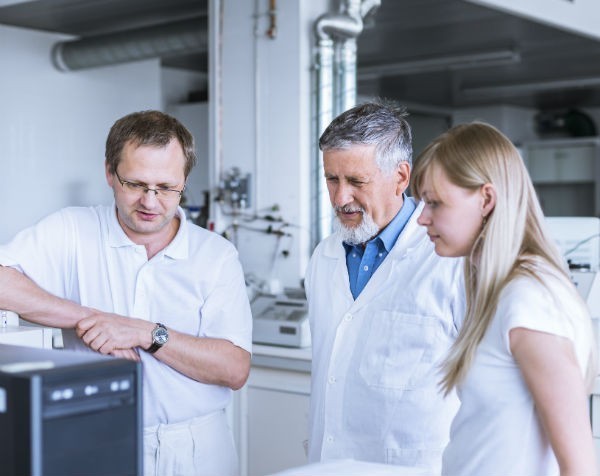 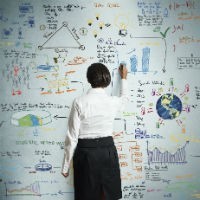 When it comes to fostering innovation and the commercialisation of world class research, there is something the United States has that we lack. We ought to learn from the successes of the US in this area, and emulate one program they have pioneered to give our own innovative industries a much needed kick start.

For dozens of Australian researchers returning to the country after working in the US, the lack of an equivalent to the US’s Small Business Innovation Research SBIR scheme here reflects a major hole in our innovation ecosystem.

Charles Wessner, Professor at Georgetown University and director of the Global Innovation Policy unit, says the SBIR scheme triggered a fundamental shift in attitudes in American universities when it was introduced in 1982.

According to Wessner, before SBIR, the Dean of a faculty would ask young academics how many publications were going to come out of their latest piece of research.

Thirty years on, the Dean is now asking whether the research can be converted into a product or service, and whether they should spin it out of the university to access SBIR funding. It has been a profound change of mindset, says Wessner.

The Small Business Innovation Research (SBIR) scheme is a fairly simple design that hasn’t changed much since its introduction. US government agencies, which undertake more than US$100 million worth of R&D outside the agency, are required to allocate 2.8% of their R&D budget to these programs. Currently, eleven federal agencies participate in the program.

Each agency takes an active role in calling for R&D – “solicitations” is the term used in the US, and with a completely straight face – for areas of concern to them. For example, the US Department of Agriculture this year is calling for projects in ten areas. They are unsurprising fields, like “aquaculture” and “biofuels and biobased products”, but with a bit more specificity under them.

Any small business (one to 500 employees) can then bid to undertake projects against those solicitations. The US Department of Agriculture issues solicitations once a year, receives about 500 applications for “Phase 1” projects (those up to US$100,000 over up to eight months) and funds about 15 to 20% of them. If a project is success at Phase 1, they can apply for a Phase II award, which can be up to US$500,000 over two years. Some departments have further, larger Phase III stages, although the USDA doesn’t.

The DoD already has a stake in the product, and is thinking about how it might work in its own ecosystem. Given the extreme complexity of military procurement procedures, having the DoD already staked in your product is a major advantage to a new company.

Carry on Phase II and then Phase III funding, sometimes in multiple series, are available in much larger amounts from the bigger agencies, and can run to tens of millions of dollars.

Don’t imagine that means all SBIR projects are short-term or lack scientific challenges. The US Navy uses about 1.4 billion tonnes of fuel annually, and the head of its energy program, Captain Jim Goudreau, said climate change transcends politics when you are talking about that much fuel.

He pointed out that the US military is already affected by climate change in many practical ways, like having less available live fire practice days each year in California. And as he said at the TechConnect World audience in Washington last week, the Navy is contracting for materiel to be delivered in 2040, which needs to be effective into the 2070s and 2080s. So it needs to cope with a changing climate.

At the TechConnect meeting in Washington last week, there were literally dozens of US federal groups talking to the science and business community about their innovation needs. Big departments, like Defense and Energy, are represented by many specialised teams seeking out companies to work for them.

It is “customer pull” in its rawest form. The science community is here in big numbers offering new technologies to the market. When “science push” and “customer pull” mix, then the chances of successful innovation rise to a new level.

At the same time in Philadelphia, the gigantic annual biotechnology conference, BIO, was underway with more than 15,000 participants from across the globe. The two big US science funding agencies – the National Science Foundation (NSF) and the National Institutes of Health (NIH) were there in force helping their SBIR companies meet up with big pharma and other collaborators to bring technologies to market.

It’s like a science festival writ large, but also in extreme detail, as companies search for new opportunities from the vast American research community.

Could it work in Australia?

The recent joint paper from Ian Macfarlane and Christopher Pyne, “Boosting Commercialisation of Research”, floated the idea that Australia needs an “SBIR-like” scheme. The Academy of Technological Sciences and Engineering (ATSE) has often pointed out that the lack of such a scheme is a gaping hole in the Australian innovation ecosystem.

We do have some “customer pull” oriented schemes, though. The Rural R&D Corporations definitely fall into this category, as do many of the Cooperative Research Centres (CRCs).

The government’s response to the recent “Miles Review” of the CRC program was to push CRCs to be even more industry-led.

Industry leadership is the mantra for the new Industry Growth Centres, but they are not going to be funding very much research. The ARC’s Linkage Projects and the newer Industrial Transformation Training Centres as well as the NHMRC’s Partnership Centres are each attempts to have push more of the nation’s R&D investment into more market-facing efforts.

But none of these schemes are aimed at boosting innovation from small businesses. Or at least, not exclusively so. They are often encouraged to do so, and make sporadic attempts to improve their small business engagement, but it is clearly a weak spot in the Australian innovation context.

Small businesses that are trying to expand with innovative technologies constantly struggle to raise funds at early stages of development.

SBIR is not of itself a scheme for collaboration; the small businesses involved can undertake all the R&D themselves. But the experience in the US is that SBIR fosters collaboration as high technology start-ups seek to source expertise from universities and other research agencies.

Universities immediately increased their rate of spinning out companies on implementation of the scheme in 1982. The SBIR funding attracts further seed and venture capital funding, bridging that “valley of death” between early research funding and the business becoming self-sustaining.

Ultimately, many of the small businesses get bought out by large companies, particularly in the defence and pharmaceutical areas, where massive ongoing investment is needed to introduce new products.

There’s no doubt that an SBIR scheme would fill a major innovation gap in Australia, and no doubt we could make the necessary administrative arrangements. But for an SBIR scheme to truly succeed in Australia, there would be a few hurdles that I’d suggest must be overcome before we spent the first dollar. I call these the “Fair Dinkumness” tests to ensure an Australian flavour.

Would there be true political support?

Unless a scheme enjoyed bipartisan support, there would be no point in introducing one. With one of the shortest electoral cycles in the world, Australia is at a major disadvantage in terms of stable policy in relation to innovation.

If the political support is there, then an SBIR scheme would need a significant investment of new money. Scrounging money off another under-funded program would simply be setting both up to fail. It takes some time for industry to become confident with new schemes and start to invest in a meaningful way. We’d need a real commitment.

Would there be true bureaucratic support?

SBIR in the US works because it is a procurement scheme as well as an R&D scheme. The bureaucracy would need to seriously commit to using the scheme to improve its own departmental knowledge or services.

That means a solicited report to the Department of Environment on management of an endangered species would need to be implemented, not just sent to the library. That means the Army would need to buy the better boots from an Australian small business.

This is perhaps a bigger mindset change than either the politicians or the business community, and would need to be monitored closely, even if there was initial high level support.

For a small country such as Australia, it is often easiest to take the pathway of least risk – so Senate Estimates would need to cut bureaucrats some slack for backing Australian inventiveness too.

Would Australian business truly back it?

If small businesses are formed just to access SBIR money, and want to survive on providing some research to government, then we are no better off. If peak industry bodies view the money as simply an entitlement for their members, then nothing new will happen.

The whole point of giving a big innovative boost to small businesses is to turn them into high-growth businesses. Existing bigger businesses would need to accept that they won’t be able to access the scheme, and they might even be faced with competition from those that do become successful innovators. An SBIR scheme by its very nature involves giving a leg-up to the new players in town, and the incumbent players need to accept that situation.

If the federal government did undertake to create an SBIR-like scheme in Australia, it would easily be the biggest reform of the innovation ecosystem in the country since the Hawke government’s raft of “Clever Country” policies.

It may not be the size of the Medical Research Future Fund as that scheme grows, but it is significantly more complex to implement. There is no doubt the government wants business and research agencies to come together much more closely. An SBIR scheme would be a massive step in that direction.

Tony Peacock is Adjunct professor at University of Canberra.