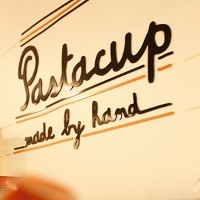 Notice was given of the appointment of John Carrello and Mathieu Tribut of BRI Ferrier as administrators yesterday.

The first Pastacup opened in Melville in Western Australia in 2008 offering pasta served in cups as a fast, fresh food alternative.

The franchise is owned by Stuart Bernstein who came up with the concept along with partners Siri Solumsmoen and Peter Lenny.

Pastacup’s website says “while we are a proud Perth based and born concept, we are a growing family”.

SmartCompany understands the business will be restructured and continue to trade.

Jason Gehrke, director of the Franchise Advisory Centre, told SmartCompany what typically happens in an administration is the administrators will review the operations of stores and if they are found to be unprofitable will close some.

“This has a flow-on effect which can shake consumer confidence in the brand and it can diminish group buying power,” he says.

“In addition to that the real problem facing franchisees is the sheer uncertainty of their future.”

This is very dependent on whether the business is sold, and in the case of Pastacup, Gehrke says there may be a potential for the franchisees to get involved.

“As a relatively small franchise it does represent a good opportunity for those franchisees to band together and make an offer to buy the business to the administrators,” he says.

“Unfortunately this is not something administrators often encourage.”

The administration follows the collapse of franchise The Cupcake Bakery earlier this year.

Bernstein said in a statement that Pastacup Australia, one of the many registered entities of the Pastacup Group that previously held the rights to the franchising rights of Pastacup International, has gone into voluntary administration due to a restructuring process.

Pastacup Australia used to be a part of the WA business, but has since ceased its usual operations, with Pastacup WA and a management company taking on the running of the WA operations and head office.

“It makes sense to split the responsibilities and tasks; that of a franchisor and the daily running of a head office” Bernstein said.

“The daily running of any Pastacup store is not  affected by this process and for them it is business as usual. We just opened our Warnbro store which has had an exceptional start showcasing our new footprint and vigour in the convenience food market.”

SmartCompany contacted the administrators for comment but did not receive a response prior to publication.

*This article was updated at 5.14pm on 24 September 2014  to include a statement from Bernstein.