Pay-passing the hat around: From buskers to churches, a cashless society is Australia’s future 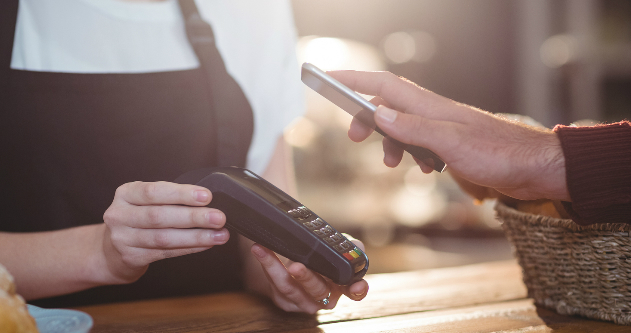 It’s becoming ever more apparent that as a society, we’re veering more towards being completely cashless, with solutions for giving and receiving money continually popping up and challenging everything we thought we knew about transacting.

Not only is new technology and state-of-the-art security helping to boost consumer confidence when it comes to transacting electronically, but financial technology or ‘fintech’ is streamlining our financial interactions — making it easier and more reliable than ever before.

According to the RBA, in the early-2000s, Australians went to an ATM an average of 40 times per year, but today, we go to an ATM about 25 times a year — a downward trend that is likely to continue. Further to this, Australians make an average of nearly 500 electronic payments a year, whereas almost two decades ago, we were only making around 100 per year.

We rarely carry cash with us, and for those who do, it’s almost seen as a rarity. This is a strong reflection that we’re teetering on the edge of a cashless society.

The excuse of having no change is no longer accepted

The eftpos machine was first launched in Australia in 1983, and in 1985, Australians were still using cash for 90% of all transactions. Fast-forward to today, Australian consumers performed more than 1.8 billion eftpos transactions in the 2017-18 financial year.

Privy to the fact that cash circulation in society is dwindling, buskers, street performers, and even the homeless are moving towards technology, with a cordless POS system not an unlikely sight on the side of the footpath.

Unsurprisingly, this even extends to churches, with St Mary’s Catholic Cathedral in Sydney providing an eftpos facility on its collection plate, allowing attendees to simply ‘tap and give’.

The rise of fintech

Fintech is the emerging industry focused on using the latest technological innovations to provide digitised financial solutions. Nowadays, apps are used to book and pay for just about anything — from parking, food delivery, online shopping and even just to bank — making cash transactions virtually obsolete.

With transport apps like Uber completely changing the way we get around — that is, with no visible transaction— taxis are often left with individuals climbing out at the end of the ride, forgetting they haven’t yet paid their fare.

Although Australia doesn’t have any immediate plans of going completely cashless, there’s no denying it could be a possibility. Just look at Sweden, set to become the world’s first cashless country by 2023.

Sweden was the first European country to introduce banknotes, and somewhat ironically, intends to be the first country in the world to eradicate them entirely. This process will see its own digital currency introduced in 2021, and in less than four years, cash will no longer be accepted as a means of payment.

The Nordic country is said to be one of the most technologically advanced countries in the world, with major Scandinavian banks creating a mobile payment system known as ‘Swish’, allowing individuals to authorise safe and instantaneous transactions to friends, companies and organisations.

Research reveals up to 95% of all purchases made by young Swedish millennials are carried out electronically, by card or via Swish. Widely accustomed to using the app, the term ‘Swish’ has now been integrated as a commonly used verb in Swedish vernacular. Think: ‘Just swish it to me.’

Where to from here and why?

Although cold hard cash is tangible, it’s no longer practical. We ‘tap to pay’ for just about anything using contactless payment systems and our daily engagement with fintech is skyrocketing.

Ultimately, a future without any need to transact with cash may be closer than you think. Cashless is not only a more secure option, but it’s also a more reliable and convenient option. Even the tradition of gifting cash is turning digital — gone are the days of stuffing money in an envelope.

Going cashless is inevitable, so why not forge ahead?

Our nation could take a leaf out of Sweden’s book and encourage early cultural adaptation and infrastructure built for impending digitalisation. The future of finance is no doubt digital, with technological advancements set to open the floodgates to an imminent revolution of the payment landscape.

Arguably, a cashless society is the way forward, but only time will tell as to how an entire society adapts to such a concept.

NOW READ: Should cashless businesses be banned? Some American legislators think so

NOW READ: Australia may be closer to being a cashless society but it won’t happen by 2020