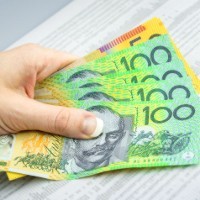 Competition between peer-to-peer lenders is heating up in Australia as startups leap at the chance to disrupt the financial services sector.

Peer-to-peer (P2P) lending platforms work by allowing investors to lend a fraction of a loan directly to a borrower – without the need for a traditional bank or financial institution.

The model is popular in the US and European countries, with the largest P2P lender in the world – US-based Lending Club – facilitating more than $US1 billion in personal loans each quarter.

Last year, Australian startup SocietyOne closed a funding round of more than $10 million with backing from the likes of Rupert Murdoch and James Packer.

This week DirectMoney, which is not strictly a P2P lender, announced it will list on the ASX within the next eight weeks, according to The Australian.

Toby Heap, head of AWI Ventures, told StartupSmart there is a lot of activity happening in the peer-to-peer lending space at the moment.

“We are being pitched regularly by startups in this and the broader P2P space, whether that be P2P payments, P2P insurance, or P2P currency,” he said.

“They are all working to decentralise and democratise financial services. If you think about it, traditional financial services organisations are basically middle-men who take a clip of the ticket and who try to add additional value added services on top. For an investor, P2P is interesting because it doesn’t just disrupt, it completely disintermediates those traditional banks and insurance companies.”

Heap says the challenges for P2P lenders is convincing people to change their “financial behaviours”.

“Having more P2P companies assisting you to educate the market is a great advantage,” he said.

“There is a lot more money to be made by taking more customers from the incumbents than there is to be lost to other P2P competitors.”

Stuart Stoyan, founder and chief executive of MoneyPlace – a startup planning to launch next quarter – told StartupSmart P2P lending is “just getting started” in Australia.

“The reality is that there are several companies that are working on operating in the peer-to-peer lending space because it’s such a massive opportunity,” he said.

“I’m not worried about SocietyOne … we welcome it. It actually helps raise the profile of the industry, it helps people understand the disservice that banks are providing; whether it’s unfair pricing, a bad experience or just an unwillingness to lend to customers that are otherwise credit worthy.”

Stoyan says the priority should be about building an ecosystem “as opposed to IPOing and being the latest thing”.

“The one concern we have is that this is an entirely new industry, so the risk to the industry is there will be fringe players that will try to pivot themselves into peer-to-peer businesses just because it’s hot right now,” he said.