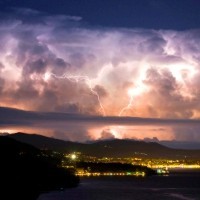 Voluntary administration rates for listed companies are set to soar, according to research published by CPA Australia this month.

But it’s not all bad news as business advisory firm BRI Ferrier claims growing numbers of small and medium companies in financial dire straits are opting for administration as a potential lifeline for the business.

The research by CPA Australia found nearly a third of all ASX-listed companies were close to insolvent in 2013, including more than half of the smallest 500 and 28% of medium companies.

Of the more than 700 small and medium companies in serious financial distress, those in the energy and mining, consumer staples, industrials, healthcare and utilities sectors were at greatest risk of collapse.

“Whatever you call it there is some trouble brewing and it could be quite drastic and aggravated.”

He says crunch time will come at the end of the month as directors have to have their audits of financial statements signed off by their auditors and have to pass a going concern test which means all capital requirements are in place for the next 12 months and all debts which are incurred or fall due are capable of being paid.

“We think because there are a number of under capitalized companies on the ASX a number will be unable to satisfy the going concern requirement,” he says.

“Many directors will not be in a position to vouch that their business is a going concern when statutory accounts and solvency declarations fall due on 30 September,” he said.

Colin Porter, managing director of Creditor Watch, told SmartCompany, “perfect storm” is a good description of what is happening not just for ASX listed companies but for all of the SMEs that trade with those businesses.

“When you are selling products to an ASX listed company you sometimes have a false sense of security that they are a big, sound company that could not fall over,” he says.

“Trading with a large company often means they are buying a lot of stock and so the dollar value can be higher than when trading with another SME.”

Porter says this means that if the predicted increase in voluntary administrations of listed companies occurs, SMEs will be “hit hard”.

ASIC statistics recorded a 28% rise over the previous quarter in voluntary administrations in the three months to June 30, 2014.

Brands and businesses which have successfully emerged from the voluntary administration process include Darrell Lea, St Hilliers Group and Spring Gully Foods.

Gavin Robertson, principal of the commercial law group at M+K Lawyers, said benefits available to a business and its directors in the case of a voluntary administration are that the business gains a freeze on its creditors, giving it “breathing space” to restructure and preserve the value of company assets, including trading businesses, for the benefit of all stakeholders.

He said administrators can generally achieve a better result for asset sales than directors because of their commercial reputation and ability to inject competitive tension into any bidding process.

Additionally, shareholder and director approval are not required to carry out the sale, which can save significant time and money.

“By placing the company in voluntary administration, directors are protected from further liability and the company can then efficiently carry out a reconstruction,” he said in a statement.

Porter offers the following advice for SMEs to avoid being caught up in the predicted increase in voluntary administrations:

1.  Monitor your customers spending patterns with you and treat them as if they are an unknown SME.

2.  Buy a credit report on your customers if you are concerned.

3.  Monitor the ASX and Australian Securities and Investments Commission registers as companies have to notify when there is a potential change occurring, such as a profit downgrade.

“There are more likely to be smarter people keeping an eye on this, so if share price is reducing it’s a bit of a red flag,” Porter says.