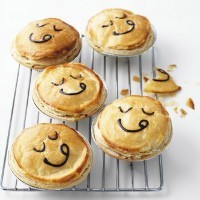 Pie Face franchisees will wait another week to receive further information from administrators Jirsch Sutherland that could seal their fate, but one franchisee says he is confident his business will survive.

Fairfax reports 85% of Pie Face’s Australian stores are unprofitable but SmartCompany spoke to a franchisee this morning who said these claims are grossly exaggerated.

The franchisee, who wishes to remain anonymous, says “that sounds nuts to me”.

“I don’t know where they would pull something like that from, but if it is the case, I must be one of the 15% who are doing OK.”

The franchisee says the first he heard about the collapse of the pie franchise was last Friday when he received an email saying administrators had been called in. Further information was provided to franchisees this week via an “online stream”.

He expects to be given a clearer picture about the state of the franchise network next week when franchisees will meet with the administrators, Jirsch Sutherland, and head office management.

But the franchisee is confident his business will be able to navigate the administration process and come out the other side. For the time being he says it is “business as normal”.

Pie Face creditors will also be given an update next week, with the first meeting of creditors to be scheduled for Wednesday, December 3, according to a notice published by the Australian Securities and Investments Commission today.

The Pie Face Group said earlier this week the voluntary administration is “part of a wider company review, which will see the company focus on supporting the growth of its franchise-operated stores as well as the wholesale business”.

Pie Face said its international stores will not be affected by the administration, although the chain quietly closed six of its seven stores in New York City last month.