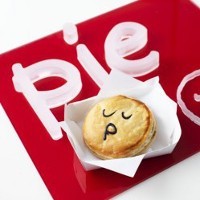 In a statement released to SmartCompany, the Pie Face Group confirmed Jirsch Sutherland has been appointed as administrators.

However, Pie Face said it is “business as usual” as the administrators conduct a review of the chain’s operations.

“The move comes as part of a wider company review, which will see the company focus on supporting the growth of its franchise-operated stores as well as the wholesale business,” Pie Face said.

“The international businesses are not affected”.

A spokesperson for Pie Face confirmed to SmartCompany there are currently 70 Pie Face franchises across Australia, although the Pie Face website lists 78 outlets, including 15 in the Melbourne CBD and 20 in the Sydney CBD.

There are Pie Face stores in all states and territories, except Tasmania, South Australia and the Northern Territory, although South Australians can purchase its pies in On the Run convenience stores.

The collapse comes after Pie Face quietly closed six of its seven stores in New York City last month. While Pie Face has previously attempted to expand into India and New Zealand without much obvious traction, the chain is also believed to have agreements to enter South Korea and the Philippines.

The chain also became embroiled in a legal battle with a former franchisee earlier this year.

Former franchisee Prit Dutta sued Pie Face for $800,000 in February, alleging the pie chain was misleading and deceptive when communicating the expected returns for its franchise stores.

The lawsuit followed reports in 2013 that around 50 Pie Face franchises were up for sale, although founder Wayne Homschek denied the reports to SmartCompany at the time, saying the claims were “totally blown … out of proportion”.

Jason Gehrke, executive director of the Franchise Advisory Centre, told SmartCompany he believes some stores in the Pie Face network are company-owned and in some cases, company-owned stores can “be a drag on a franchisor’s resources if they are not part of a conscious growth strategy”.

Gehrke says Pie Face franchisees will need to be aware that a voluntary administration does not relieve them of the obligations in their franchise agreement.

“They will still have to pay loyalties, maintain supply agreements and so forth,” he says.

Gehrke says an administration can spell bad news for franchisees as it can “adversely affect the level of support available to franchises if the administrators opt to make any head office staff redundant”.

It’s also an issue when head office staff are busy assisting administrators, which is time they would otherwise be spending supporting the franchisees.

But he says the administration of Pie Face may present a new business prospect for any interested buyers.

“I think this represents an opportunity for an existing franchisor or a group of motivated existing Pie Face franchisees to move quickly to acquire a brand that has some significant traction in the market,” Gehrke says.