Plea for premier to save 30-year-old NSW electrical company 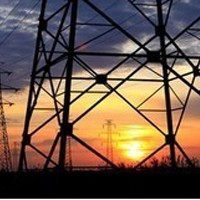 New South Wales premier Mike Baird has been called on to come to the assistance of an electrical company that had operated for 30 years before falling into voluntary administration at the end of last month.

Administrator Danny Vrkic of DV Recovery Management was appointed to manage the voluntary administration of JDC Electrical on July 28, according to a notice lodged with the Australian Securities and Investments Commission.

The administration will result in the company’s staff being cut by 30 people, down to six from 36, reports the Illawara Mercury.

JDC Electrical is based in Unanderra but provides industrial, commercial and domestic electrical contracting services across the Illawarra region of NSW.

The company website states the family business has a number of current projects, including the installation of lighting and power at the Blacktown Hospital.

According to the Illawara Mercury Vrkic said last week the company’s operations would continue on a “reduced scale”.

Wollongong MP Noreen Hay has called on NSW Premier Mike Baird to come into bat for the small business, urging him to “put words into action” to prevent the job losses.

Vrkic told SmartCompany the first meeting of the company’s creditors was held in Wollongong today.

He says trade creditors and suppliers were owed about $3 million and he understood the director would be putting forward a deed of company arrangement.

SmartCompany contacted JDC Electrical but did not receive a response prior to publication.

*The article was changed at 2.18pm on August 7 to include comments from DV Recovery’s Danny Vrkic