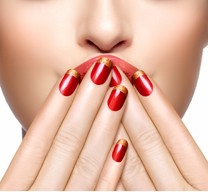 A publicist for a US cosmetics brand has issued a grovelling apology after sending out a media release encouraging people to buy blue, white and red nail polish in order to show solidarity with France in the wake of the Paris shootings.

The PR pitch promoted a range of Paris-themed products by Duri Cosmetics, according to the New York Post, so that “beauty mavens can unite and wave hands (and toes) in unity”.

However, Duri Cosmetics has not set up a donation program, meaning none of the proceeds from its blue, white and red nail polish will go to victims or their families.

More than 120 people died over the weekend after terrorists stormed a music theatre, opened fire at a number of restaurants and cafes and set off bombs near the Stade de France.

Thousands of Parisians have flocked to hospitals to donate blood and world leaders have pledged to lend their support in the wake of the shootings.

After sending out its press release, Duri Cosmetics received a wave of online criticism, with people describing the business and its PR firm as “scumbags”.

. @DuriCosmetics disgusting and appalling that you would try to financially profit from the Paris massacre. You lost a customer.

Carol Lentile, the president of CI Visions – the PR firm representing Duri Cosmetics – has since published a lengthy apology on her website.

The public relations specialist says she was inspired to send out the media release after seeing “so many turn their profile picture to French colours” on her Facebook page.

“[I] wanted to inspire beauty insiders to do the same thing,” Lentile said.

“By referencing where to purchase the products, I realise that my subsequent outreach monetises and trivialises feelings that come from a deep and frightening place in people’s hearts. For this I am deeply sorry – this was never my intention.

“I regret my missteps and any harm is has inflicted and take total ownership. Duri had no part in my pitch efforts.”

However despite this apology, CI Visions’ Twitter account shows a number of tweets have been fired off at the New York Post, describing media coverage of incident as “totally distorted” and “fuelling hate”.

Independent branding expert Michel Hogan told SmartCompany allbusinesses should stay clear of trying to promote their brand off the back of a human tragedy.

“Unless you’re using that promotion to in some way to actively support either victim’s causes or anything that has been set up, then shamelessly trying to profiteer from someone’s misery will never go down well,” Hogan says

“People see through this in a heartbeat. These days, it’s too easy to be called on it. “Approach these sorts of things with caution. They may have felt like it was genuine support, but doing it as a way of promoting their product is one step too far.”