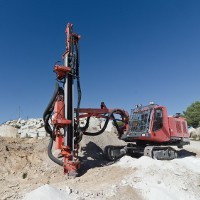 A Queensland drilling and mining company has collapsed into administration.

David Ingram and Shahin Hussain of Hall Chadwick were appointed administrators of Xtracan on September 23.

The first meeting of creditors is scheduled to be held in Brisbane on October 3.

A spokesperson for Hall Chadwick told SmartCompany Xtracan is no longer trading and the administrators are in the process of investigating the company’s accounts.

The spokesperson says Xtracan was only incorporated in April 2013, although it is unclear if the company commenced trading at the time of incorporation.

The majority of the company’s employees were contractors and the spokesperson says the director of the company called in administrators as a result of a “bad debt”.

“We’re investigating that and part of our role will be reporting and advising on the potential reasons for the administration.”

Xtracan specialises in drilling, blasting and geotechnical services in the quarry mining and civil constructions sectors.

The head office of Xtracan is located in Surfers Paradise on the Gold Coast and the company has another regional office on the Sunshine Coast. According to the Xtracan website, the company had plans to open another office in Mackay.

The company also has a plant and storage facility in Clermont, Queensland.

“Xtracan is 100% Australian owned and prides itself on localisation and putting into the communities we work on,” says the company on its website.