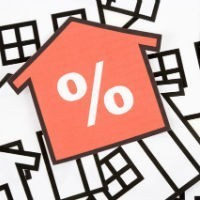 As we had forecast the Reserve Bank Board decided to lower the cash rate by 25bps to 2%.

For Westpac this brings to a close an interesting six months in forecasting. When we changed our view on 4 December, 2014 we were the only institution in the Bloomberg survey who forecast that the cash rate would be at 2% by May 2015.

The most surprising aspect of the Governor’s statement is that he has not chosen to indicate a ‘soft’ easing bias. In fact, the explanation behind the decision indicates renewed optimism in the economy with the obvious implication that rates are likely to be on hold for some time. Specifically, he commented: “The Board judged that the inflation outlook provided the opportunity for monetary policy to be eased further, so as to reinforce recent encouraging trends in household demand.”

The language around the Australian dollar was the most strident we have seen. Not only does he predict that a further depreciation seems likely but also labels it as “necessary”.

It must have been a disappointment for the Governor to see that the Australian dollar lift to around US 79c (from 78.50). This is clearly the market response to the final paragraph which signals an end, at this stage, to the easing cycle.

Read more: What does the RBA’s record-low interest rate mean for your business?

Consistent with the final paragraph the commentary around consumer spending and the labour market is more upbeat than in previous statements – “the available information suggests improved trends”.

Those doubting that a cut would be delivered today placed most emphasis on risks in the housing market. The Governor addresses that issue by pointing out that outside Sydney trends in the housing market have been varied. Once again he emphasises the macroprudential tools that the Australian Prudential Regulation Authority (APRA) is now enforcing within the banking system. It is our view that these guidelines will have a cooling impact on housing markets.

In our previews to this meeting we emphasised that we expect that the Bank will lower its growth forecasts for 2015 and 2016 due to a weaker outlook for business investment, both mining and non-mining. The Governor clearly highlights business investment as the key drag on private demand.

He also maintains the line that the economy will be operating with a degree of spare capacity for some time yet.

We have consistently argues that 2% will be ‘the resting place’ for this easing cycle. The Bank will now take time to assess the sustainability of their current forecast that economic growth in 2016 will exceed 3%. That is above trend growth and consistent with stability and an eventual fall in the unemployment rate. For our part the next significant date will be the November Board meeting. By that time the Bank will have sufficient information around the momentum in the economy through 2015 for it to assess whether its relatively positive outlook for growth in 2016 can be sustained.

Our current forecast is that despite an ongoing drag from mining and non-mining business investment there will be a sufficient lift in household demand (both consumption and dwelling investment) to justify a 3% growth rate in 2016. However, with record weak income growth, fragile confidence and ongoing headwinds from fiscal policy the risks to this outlook are to the downside.

In addition the absence of an easing bias and Australia’s ongoing yield advantage over other countries could frustrate the Bank’s ambitions to see a substantially lower AUD.