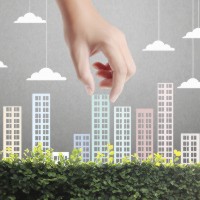 Housing price growth had slowed a little, the December minutes of the Reserve Bank of Australia noted.

But there continued to be considerable regional variation, with housing price growth strongest in Sydney.

“Members noted that credit to owner-occupiers was growing at a pace only a little above that of income, but that growth in credit to investors was considerably higher,” the minutes said.

“The available data suggested that dwelling investment was likely to subtract a little from growth in the September quarter.

“However, building approvals and other forward-looking indicators of residential building activity continued to suggest that dwelling investment would contribute to growth in coming quarters.

The RBA board members noted that the strength in the housing market and data on retail sales, for example, indicated that household consumption growth was likely to have picked up a little from the pace recorded in recent quarters.

However, they recognised that the labour market had remained subdued and that this was restraining growth in labour income.

The unemployment rate had risen over the past six months, employment growth had been somewhat below the pace of population growth and wage growth had remained low in the September quarter.

The members also noted that conditions in the Australian residential mortgage-backed securities market were strong at present, with high levels of issuance and relatively tight pricing.

“Competition in the deposit market had continued to ease and interest rates on certain savings accounts had declined noticeably over the past year or so.

“Lending rates on the stock of outstanding housing and business loans remained at historically low levels,” the minutes advised.

This article was originally published at Property Observer.