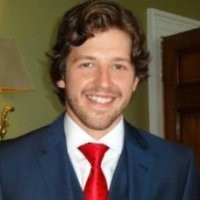 The first Tuesday in May, another historic day for Australian interest rates: slashed to an all-time low of 2.00%.

It was no surprise to the market, which had overwhelmingly expected a cut. In Bloomberg and Sky News polls, between 70% and 85% of analysts anticipated the cash rate would go lower this month.

The market has been keenly scrutinising the RBA’s meeting minutes for clues to its future decisions. The phrase “for the time being” had been identified as a hidden code which would see the RBA introduce a cut the next month or at latest, the month after. This month’s decision corroborates that once again.

At the previous historic low of 2.25% rates were already below what RBA Governor Glenn Stevens has expressed comfort with for healthier economic times.

Taking them down to an all-time low of 2.00% sends a gloomy signal that the Australian economy faces some tougher times ahead.

So where does this leave the Australian dollar?

As well as stimulating the economy, RBA officials clearly want to apply downward pressure to the Australian dollar. Whether they’ll succeed is another matter.

Glenn Stevens notes that the AUD has “declined noticeably” against a rising US dollar over the past year. But what he didn’t mention was that decline has slowed – almost to a halt – in the past couple of months.

The February rate cut had minimal effect on the local currency, despite being the first rate cut in a year and a half. AUD/USD has been hovering around 0.77 for around two months now, with April’s average only a hair’s breadth below February’s (at the time of writing, May’s is so far higher), and even if we see a slight dip on this week’s announcement the Aussie could well recover within a day.

The problem for the RBA is that external factors tend to exert more influence on the Australian dollar than internal. Right now we’re seeing US weakness drag down the Greenback, boosting up the Aussie like a see-saw.

Expectations of a rate hike in the US are getting pushed further back by the day. The Federal Reserve tightening monetary policy seemed imminent, now even Glenn Stevens talks of it as taking place “later this year”.

So who will win the battle to sink the Australian dollar? Will it be Governor Glenn Stevens and the team at the Reserve Bank, for whom “further depreciation seems both likely and necessary”?

Or will world markets once again sweep Australia along however they please, bringing continued pain to exporters but a breath of relief for importers and Australians travelling overseas?

In such uncertain times the smart player covers their back. If ever it was time to hedge your bets, it’s now.