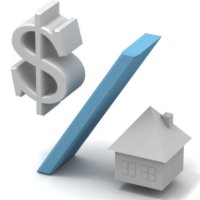 The Reserve Bank of Australia (RBA) has once again held the overnight cash rate at 2.50%.

The decision to keep the cash rate at its record low was widely anticipated by financial and property experts. The overnight cash rate last changed in August 2013, when it was lowered 25 basis points from 2.75% to 2.50%.

“We expect the Reserve Bank will hold the cash rate on Tuesday, 2 December 2014,” Caelli said before this afternoon’s announcement.

“The RBA is unconcerned about inflation, and both unemployment and the dollar remains high.

“The next cash rate change will likely be upwards and occur in the second quarter of 2015,” he said.

Michelle Hutchison, head of public relations and Money Expert at comparison website Finder.com.au said the decision comes as no surprise, “as all 37 leading experts in the finder.com.au Reserve Bank Survey were forecasting the cash rate would hold at 2.50%”.

“The property market is expected to continue rising though 2015, while most of the 37 experts on the panel (64%) are expecting the same number of first home buyers to hit the market. This is concerning because it’s the lowest level of first home buyers we’ve ever seen.

“It’s not only good news for the retail sector before the Christmas spending rush, but will also be welcomed by those who are considering purchasing next year,” said Harrod.

“Many home owners will be making a New Year’s resolution to list their property for sale while it still remains in favour of the sellers, and today’s decision will add to their confidence.”

“There has been a lot of speculation about when rates will rise and as a result we expect many home owners who have been sitting back watching the market are likely to act in the early part of 2015,” said Harrod.

“They will want to make the most of this period of stability before it potentially becomes a buyers’ market.”

“It should be a pretty solid summer and New Year period for the property market with a lot more stock on the market,” Tiller said. The agency has several auctions scheduled for the weekend prior to Christmas.

“Real estate is as popular as ever so we are expecting to see large numbers at open inspections over the coming months.”

Of today’s rate decision, CoreLogic RP Data research analyst Cameron Kusher said: “With home value growth continuing to moderate in November and dwelling and work approvals recently slipping, there may be some concern that the housing market alone is not providing enough economic stimulus as the mining and resources investment activity subsides and commodity prices fall. Nevertheless, the RBA has again kept official interest rates on hold this month.”