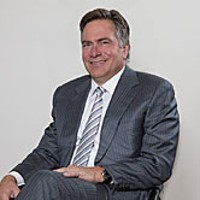 Australian investors could have an opportunity to purchase a stake in jewellery and accessories retail chain Lovisa by the end of the year if plans for an initial public offering come to fruition.

The speculation of a potential float comes just months after reports emerged that sister jewellery chain Diva was in the process of switching at least some of its stores to the Lovisa brand.

Numerous Diva stores have closed this year, while a number of Melbourne Diva stores confirmed to SmartCompany they were in the process of switching to Lovisa.

This morning,Fairfax reports Lovisa, which was established in 2010, has already begun meeting with fund managers and has plans to go public before the end of this year.

Fund managers have indicated to Fairfax the 200 store-strong chain is expected to be valued at nine-to-12 times earnings before interest, tax and depreciation and amortisation (EBITA), which would give the company a market capitalisation of between $175-240 million.

Lovisa reportedly turned over more than $100 million last year, and the retailer’s EBITA is expected to come in somewhere between $18-20 million next year.

Fairfax reports BB Retail Capital is expected to retain a share in the Lovisa business, as is chief executive Shane Fallscheer, who founded Lovisa and is the former chief executive of Diva.

SmartCompany contacted the Lovisa head office and BB Retail Capital but did not receive a response prior to publication.

Brian Walker, chief executive of the Retail Doctor Group, previously told SmartCompany Lovisa is pitched at a slightly older market demographic than Diva, but there is some overlap between the two brands.

However, the prospects for further growth in the industry could be limited, with Walker saying at the time the market for inexpensive fashion jewellery is “reaching saturation point for both physical stores and online”.

“[Diva] now operates in a sea of competition, which it has partly created itself through the Lovisa brand,” said Walker.