Rich Tales: The rich are happier than ever to donate their money, but will it last? 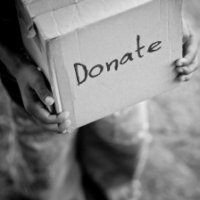 Philanthropy has a sketchy history in Australia.

While it’s not hard to think of rich Australians who famously donated millions to charity – the Murdoch and Myer families, for instance – studies have found Australia’s richest give little by global standards.

There are a number of reasons for this. Blessed with a relatively robust welfare state, one could make the argument that the rich pay in taxes what in other countries they fund directly.

Another thing that drives donations in countries like the United States is the fact that many American states have death duties, which tax a large portion of someone’s estate upon their death, the former CEO of Colonial First State and keen philanthropist Chris Cuffe recently told SmartCompany. In America, philanthropy can be a tax minimisation strategy.

And there are cultural reasons too.

“Our money is newer and their money is older,” Cuffe added. “Philanthropy is like the soft currency at social tables or in the big boardrooms [in America]. There is real pressure to give.”

We spoke to Cuffe last year. There’s no doubt that since then, we’ve seen a significant ramping up of the ‘pressure to give’.

No figure has been more crucial to this than Fortescue Metals founder and chairman Andrew ‘Twiggy’ Forrest.

Last week, the iron ore magnate and his wife Nicola gave $65 million to the University of Western Australia. That broke the record for the largest single donation ever given to a university, but Forrest shouldn’t get comfortable with that title. The record, after all, has been broken three times just this year – first in February when Graham Tuckwell gave the ANU $50 million, only to be beaten in August by Clive Berghoefer’s $50.1 million donation.

And believe me, Forrest’s just getting warmed up. Earlier this year, he became the first Australian to sign Warren Buffett’s ‘giving pledge’, joining 105 other billionaires who promise to give away at least half of their wealth to philanthropic causes in their lifetimes.

BRW pegs his fortune at $3.6 billion (and Forbes puts it at $5.7 billion), meaning there’s still a lot of donating to go.

So far, if there’s been a ‘signature issue’ Forrest has focused his philanthropy on, it’s been global slavery. Also last week, he launched a global slave index in London, which aimed to assess the level of slavery still present in the world.

In an opinion piece published in February in The Australian, Forrest implored his fellow corporate executives to do far more to stamp out modern day slavery in their supply chains.

“Until recently, I was ignorant of the reality of modern slavery,” Forrest wrote.