Bank watchdogs on notice: What does the royal commission mean for small business lending? 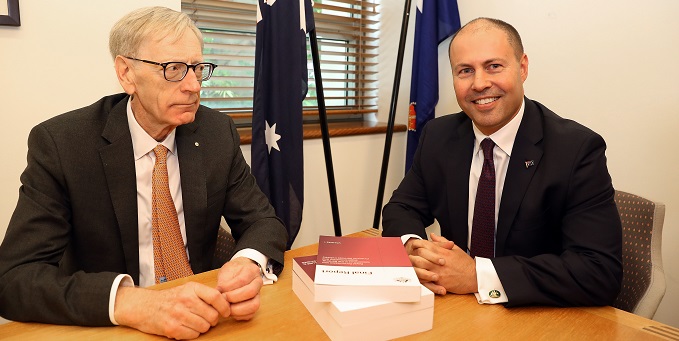 A fortnight after Kenneth Hayne delivered his verdict on the state of SME lending in Australia attention is now turning to implementing his recommendations.

Despite balking at calls for the 2019 Banking Code of Practice to be overhauled, Hayne did advise more stringent enforcement of the industry code governing SME lending and a redefining of its scope.

In correspondence seen by SmartCompany, Frydenberg told Bligh he expects the new banking code will be amended to change the definition of small business lending

The royal commission advised expansion of SME lending under the new industry code, which will come into effect from 1 July, to firms with less than 100 full-time equivalent employees, where loans are less than $5 million.

The ABA has been asked to work with ASIC on implementing the enforceable provisions, which will materially increase risk for banks in their dealings with small businesses.

However, small business lending expert and Council of Small Businesses of Australia (COSBOA) board member David Gandolfo believes the regulatory balance struck by the royal commission recommendations is broadly appropriate.

“There’s a balance there I think will find its own way going forward.”

Gandolfo says banks had been tightening their belts on SME credit for months ahead of the royal commission verdict and he expects things to loosen up a bit in the coming months.

“There was this quasi-regulation which came in the anticipation of what Hayne might have said,” he explains.

“Banks started applying lending guidelines to business that don’t have to be applied, that made business lending tighter.”

Data unveiled by National Australia Bank (NAB) economists last week found while SME business conditions remained on a downward trend in the quarter to December 14 last year, SME lending was not among the top concerns of those surveyed.

Gandolfo says conditions on the ground point to an increase in lending confidence moving into the end of the financial year.

“Things will carry on as normal”

Business owner Aodhan MacCathmhaoil, founder of waste management business Waster, said the fallout from the banking royal commission has highlighted a lack of competition in the SME lending space.

“I don’t hold much hope of a good outcome,” MacCathmhaoil tells SmartCompany.

“No one will be prosecuted – and in reality, things will carry on as normal.”

“Pricing, lending criteria etc are almost identical across the Big 4 – and it decreases any reason to shop around,” MacCathmhaoil says.

“The barriers to leaving a bank are very high – i.e. telling all your customers your invoicing details have changed etc.

“Thus small companies are hit by lots of small fees – that often they do not read the small print to understand.”

Competition in the SME lending space has come under the microscope in recent months after the government announced a $2 billion securitisation fund designed to help small lenders compete with the big banks.

Last week Commonwealth Bank unveiled a new set of SME lending policies designed to get business owners back on side in the wake of the royal commission.

However, the changes, which will make it easier for “eligible existing” clients to get loans approved quicker, could also be viewed as a defensive move against fintech competition.

Frydenberg also laid down a gauntlet to ASIC chair James Shipton last week, “underlining the importance” of prompt action on considering and approving the ABA’s changes to the banking code.

ASIC has also been directed to engage with “relevant industry bodies” to ascertain which provisions in the code should be deemed as “enforceable code provisions”.

Both ASIC and the Australian Prudential Regulation Authority (APRA) are on notice to do a better job policing bad behaviour in the financial services sector and will be subject to a three-year-review on cleaning up the industry.

With ASIC set to play a much bigger role in enforcing the banking code of practice, questions are being asked about whether the organisation is up to the task.

Carnell said earlier this month ASIC has “a lot to prove” before it can be trusted by the small business community, but was optimistic changes within the organisation in recent months will bear fruit.

Gandolfo is also confident ASIC will be an effective regulator of the SME lending space in the coming years, accepting that the body has “got the message”.

“ASICs obligation now is to use that power correctly and to resource to the areas that Hayne wanted and the compliance to be improved,” he says.