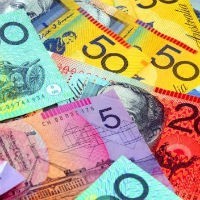 Australia’s latest GST debate may be the political version of The Magic Pudding. We stubbornly believe that a bigger pot of GST revenues will regenerate – in whatever flavour is desired – like Alfred the bad-tempered pudding. A minister in the former government used to joke that funds from a higher GST “would be spent four times over before midday”, so numerous were the interest groups lining up to spend the hypothetical revenue, on an ever expanding list of spending priorities.

The Commonwealth government’s tax white paper is rightly examining an increase to the GST as part of a broader tax reform agenda. But the debate cannot be divorced from the question of what we will do with the money. Raising the GST is unpopular, and the public is unlikely to support it unless governments can show a pressing reason to do so.

One reason the GST has magic pudding status is the amount of revenue it could generate. Broadening the base to include fresh food, education, health, water and sewerage could raise almost A$20 billion. Alternatively, increasing the rate of the tax from 10 to 14% would raise a little over A$20 billion while leaving existing exemptions in place. Generally, though, it is better to broaden the base of the tax because a broader GST is more simple and efficient than a more limited one.

A GST is regressive. Because people with low incomes tend to save less and spend more, the GST takes a greater proportion of their income, even though those on higher incomes pay much more GST per person.

Current exemptions to the GST for fresh food and health are defended as protecting low-income households. But these households do not spend a much greater proportion of their consumption expenditure on the goods proposed for inclusion in the broader GST base than do other households. As the chart below shows, the poorest households spend around 18% of their income on currently exempt items while others spend at least 14%. Therefore a broader GST would not be substantially more regressive than the current one.

Nonetheless, some compensation would be required to ensure that low-income people were not significantly out of pocket. Pensions and other social security payments would need to rise to make sure the most vulnerable are no worse off after paying higher grocery bills and health costs. Income taxes would also need to be adjusted, probably by increasing the tax-free threshold to compensate low-income earners.

But giving back too much compensation would reduce the revenue available. A rough calculation shows spending 20% of the revenue on compensation (about A$4 billion) would more than compensate welfare recipients and most wage earners. But more work should be done on this question.

Higher GST revenues could be used to repair budgets, fund higher spending, improve the efficiency of the tax mix (by funding reductions in other taxes), or reduce state reliance on Commonwealth tied grants. But it cannot do them all. The best use of higher GST revenues – obtained ideally by broadening the base – would be to ensure the sustainability of state budgets.

State governments provide many of the services, such as hospitals, schools and transport, that most affect people’s lives. These are also the areas of government spending that are increasing most rapidly.

Health spending has grown much faster than economic growth over the past decade, as health services are used more often, and more and better treatments are provided. This trend is likely to continue and costs will increase even more as the population ages.

State government spending on schools may also rise strongly in years to come because of reforms to funding arrangements following the Gonski review. Most state governments have committed to increase funding for schools with disadvantaged students.

Finally, states will need to meet the cost of past capital spending. Substantial state borrowing to fund growing infrastructure spending over the last decade has both significantly increased net debt and eroded how much state governments have to spend due to higher interest and depreciation costs. These have increased from 6 to more than 9% of all state revenue over this period.

Yet at the same time states will need to meet these spending commitments, their revenue base is being eroded.

Taxes such as payroll tax and stamp duties raise just over half of state revenues. The rest comes from the federal government through transfers of GST revenues and tied grants.

GST revenues have failed to keep pace with economic growth. In the decade to 2013-14 they fell from almost 4 to 3.2% of GDP. This is both because households have saved more since 2003 and because consumers now spend more of their incomes on GST-exempt items, particularly housing.

Tied grants are also forecast to decline as a proportion of spending as the Commonwealth pushes spending back onto the states. In its last Budget the Commonwealth announced that from 2017-18 it would reduce payments committed to the states for schools and hospitals, saving it an estimated A$80 billion by 2024-25. The new arrangements shift the entire burden of growth in real spending per-capita on hospitals and schools back to the states. Assuming states seek to maintain the forecast level of funding for these services, they will need to find the money in their budgets.

This issue, including the distribution of funding to the states, is likely to be debated in this year’s Federation white paper.

Something has got to give

But for now, all this points to a widening funding gap for the states.

States will need to both control spending growth and increase revenue to ensure their budgets are sustainable. They should make greater use of the efficient taxes at their disposal, such as broad-based property taxes. They should also be more disciplined in their spending, especially on infrastructure. But to close the revenue gap they will need to do more.

The GST is not a magic pudding. But increasing it will go a long way to ensuring the sustainability of state budgets so these governments can continue to provide the improvements in health and education services the public demands.