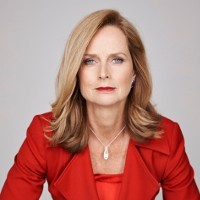 Online retailers can get caught up focusing on how their virtual shopfronts look and miss the one thing that will give their business scalability, according to RedBalloon founding director and Shark Tank judge Naomi Simson.

Speaking to SmartCompany about her investment in subscription service Three65 Underwear earlier this month—her first e-commerce investment on Shark Tank—Simson says the key to building a successful e-commerce platform is understanding customer data.

While Simson says e-commerce entrepreneurs are becoming smarter about the need to collect data on their customers, most “don’t prioritise it”.

“They focus on the shop front and how it looks, because it is so obvious,” Simson says.

“But it is actually data management that gives you scale.”

Simson knows a thing or two about building a successful e-commerce business, having founded experience and rewards company RedBalloon from her home with $25,000 in life savings in 2001. RedBalloon has sold over two-and-a-half million experiences and turns over an estimated $60 million each year.

She says she has been working closely with Three65 Underwear founder Will Strange to improve his businesses e-commerce offering, from “very obvious” changes to the useability of the site to data management, of course.

Simson said earlier this month she was impressed by Strange’s energy and passion but it was the business model he has developed that really piqued her interest.

“I know of some very successful subscription models in the US, including one called Sox,” Simson said.

“All they do is black socks. It is a very simple model and I think there is a real opportunity for a subscription-based basics type of program in Australia.”