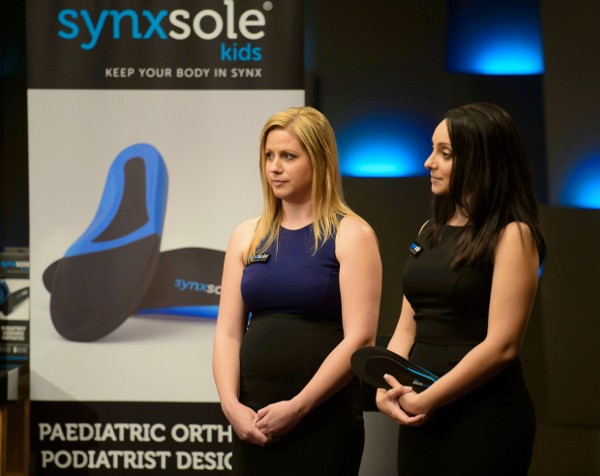 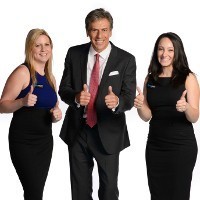 Podiatrists Rachel Ferguson and Marie Ann Lewis admit they could have continued funding their othotics business Synxsole without investment from one of the Shark Tank judges, but the opportunity to score a mentor like Talent2 founder Andrew Banks was too good to pass up.

Ferguson and Lewis found themselves in the middle of a three-way bidding war between Banks and fellow sharks John McGrath and Steve Baxter on last night’s episode of Channel Ten’s Shark Tank, with the three judges all impressed with the range of premium orthotics aimed at the mass market.

“We were extremely grateful,” says Ferguson of the interest from the three sharks.

“We’re big fans of the US Shark Tank and we knew just getting one offer was a big deal. To have three people proposing was more than what we expected,” Lewis told SmartCompany.

The pair tried to convince McGrath and Banks to work together on Synxsole but Banks eventually triumphed with a $100,000 deal for 45% of the company.

It was double the equity that Ferguson and Lewis had originally offered but they both say their instincts told them Banks was the right person to help them grow the Synxsole business.

“We liked Andrew from the start,” Ferguson says.

“He was the first one to make an offer. He knew our business and knew our market a lot more than the other sharks.”

Lewis agrees, saying Banks’ connections in the US were also attractive. While the immediate focus for Synxsole is to “secure and conquer” the Australian market first, cracking the US market, along with the UK and Europe, is high on the duo’s list of priorities, as is their attempt to raise $100,000 this month for cystic fibrosis by donating 50% of all online sales to the cause.

And it seems the pair was right to trust their instincts, with both saying Banks has since taught them more in the past few months than 10 years running their own podiatry businesses.

For his part, Banks told SmartCompany while orthotics is not a new concept, “the idea of a ‘properly designed one at an affordable price’ is”.

“And the real potential is we all want happy feet,” Banks says.

Banks says he now has certain pairs of shoes he can’t wear without Synxsole inserts and he believes many other consumers will soon feel the same way.

“If most of us who don’t think we need shoe inserts realise how great they are to wear, we will all be buying multiple pairs and that is a big business at great margins that complements shoe sales,” Banks says.

“I love the fact that in this huge market, where more and more people are finding out that good shoe inserts are for feet and leg health, these ‘Synxsole girls’ have found a great therapeutic solution for kids and adults at an everyday price.”

Ferguson and Lewis developed the Synxsole range after spending years attempting to fit their podiatry patients with orthotics that were often too bulky to be worn with every day shoes. It was enough to give the pair the inspiration they needed to develop their own range that was initially sold by podiatry practitioners. Now the aim is to reach many more people than those that walk through the door of their podiatrists’ office.

While Ferguson and Lewis say entrepreneurs must know their market and know their numbers to succeed, having a supportive business partner has also been the key to their success.

“We’ve been best friends from the first day of uni,” Ferguson says, adding the best part of their business partnership is never being alone.

“Never give up,” says Lewis.

“It will be a long journey. We have given everything to this, our wedding money, every last cent.”