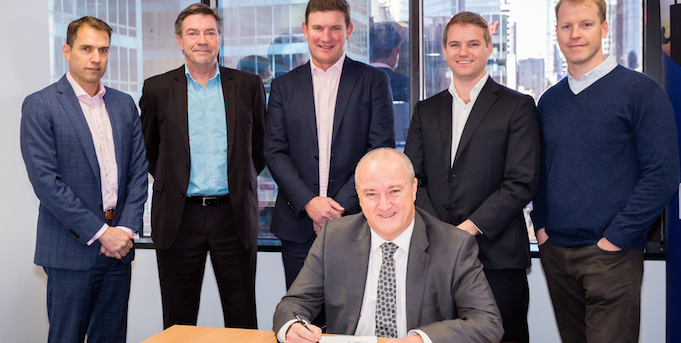 A raft of Australian fintechs have signed a newly minted code of practice to improve transparency and bolster confidence in the small business lending space.

Leading small business lending fintechs Capify, GetCapital, Moula, OnDeck, Prospa and Spotcap were all signatories to the code, which will require them to comply with a series of best practice principles when dealing with SME customers.

Alongside pledging to meet all current legal and regulatory requirements for small business lending, the signatories have also agreed to introduce an easy to understand loan summary and contribute to a price comparison document being produced by the code’s organisers.

This document will simply lay out all costs and fees associated with the fintech’s loans, including the total repayment amount, annual percentage rate, and the simple annual interest rate.

Failure to comply with the code will see the offending fintech lender subject to an independent Code Compliance Committee which will be established by AIFA. While the committee will have no legal power, it will call out any signatories it finds to be non-compliant, and is tasked with ensuring all signatories are compliant with unfair contract term laws by December 31, when the code is slated for implementation.

This code of practice is a follow-through on a report released in February this year by the Ombudsman’s office, which found 47% of fintechs believed more work was needed on the transparency side when it came to SME lending. Interestingly, despite 13 different fintechs being thanked for their involvement in the review, less than half that number actually signed the resulting code of practice.

One signatory, Prospa, recently halted its initial public offering process after the Australian Securities and Investments Commission questioned the company’s small business loan terms in relation to the review done by the Small Business Ombudsman.

In a joint statement, the fintech lenders that did sign said they were “proud to be working together to take proactive steps to bring transparency to the market, and ensure we’re doing what’s best for Australian small business owners”.

Speaking to SmartCompany, Ombudsman Kate Carnell says the code of practice represents some big steps in the right direction, but there’s still a long way to go when solving the issues plaguing SMEs when it comes to accessing capital.

Carnell’s office also released a separate report on Friday, which outlines the issues with accessing affordable capital for SME growth. The report made eight recommendations to the government to help solve these issues for businesses, including a suggestion to establish a business growth fund, and further reforms to open banking policy.

“What the access to capital report shows is that SMEs with real challenges to accessing capital are finding the fintech industry as a growing source of short-term capital,” Carnell says.

“Due to this, it’s really important the fintech industry is transparent and easy to understand for SMEs, so they can really understand what the cost of borrowing really is, and what the penalties look like if they don’t comply.”

Overall, Carnell says she has seen a definite change in mindset towards fintech lenders by SME owners. Years ago, there was limited understanding of the difference between fintech lenders and some of the “less reputable” short-term funding options, says Carnell, but now there’s a growing understanding of the new players’ role in the finance sector.

Releasing this code of practice will hopefully get more business owners up to speed, says Carnell.

“The access to capital report showed a large percentage of small businesses never even contemplated loans from anywhere but their banks, and as we know, banks regularly say no,” she says.

“The reaction then from small businesses is that if the bank says no, then they believe there’s no availability to them of reputable finance, and that’s simply not the case.”

Businesses deserve the same level of protection as consumers

The Small Business Ombudsman is planning to release the loan comparison document for SMEs later this year alongside thebankdoctor.org founder Neil Slonim. He says the lending code of practice was an essential move to ensure SMEs are not being treated differently to everyday consumers when it came to loans.

“Small business owners are no more financially sophisticated than typical consumers, so they deserve the same level of protection that consumers get,” Slonim tells SmartCompany.

“This code of practice is a start, and hopefully other fintechs will get on board. It’s a very important initiative on the part of the fintech sector, and these six are generally leading the way with improved transparency and compliance for SMEs.”