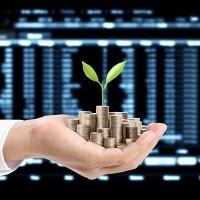 Small businesses say reform of the employee share scheme can’t come soon enough, as the federal government makes progress on its plans to overhaul the scheme.

The reform, which is a part of the Abbott government’s National Industry Investment and Competitiveness Agenda, inched closer to realisation last week when the agenda was approved by cabinet.

Small Business Minister Bruce Billson previously told SmartCompany the government wants to roll back the “harmful and damaging” rules introduced by the Labor government in 2009, which saw employees taxed at the point when they receive share options from a company, rather than when they were sold or became full shares.

Treasurer Joe Hockey last week told The Australian the government was “absolutely determined” to address the changes Labor made to the share scheme.

The current system is said to be a hindrance to both employers and employees, with Crowe Horwath partner David Lilja previously telling SmartCompany there is a timing delay created between when an employee shareholder pays tax on the shares and then sells them.

“They have to come up with money to pay tax debt, but they can’t actually liquidate those shares,” says Lilja. “It’s absolutely a disincentive.”

It is believed the government is considering a British-style system that would only tax an employee’s shares once they are sold. The Australian reports Treasury officials are evaluating different benchmarks from the British system to avoid the practice being too widely used and sacrificing tax revenue.

Billson previously hinted to SmartCompany the system would include eligibility and entity size tests, limiting the scheme to employers of a certain size to create a boost for the SME and startup sector.

“From an enterprise perspective and investor perspective, I think that Australia is on the cusp of a new phase of the tech startup boom,” says Lui.

He says Airtasker, which provides an online and mobile marketplace for users to outsource everyday tasks, stands to benefit from the reform by attracting and retaining the best talent available.

“This will change the way we get employees to be part of the business. Not just as employees fulfilling day to day tasks, but buying into what the business is trying to achieve,” says Lui.

Lui says being able to offer potential staff a “black and white” shareholder incentive without any “grey area” would also help attract talent away from the big end of town.

“For those considering whether it’s the right time in their life to pursue [the startup sector], this will help sweeten the deal,” Lui says.

“When you become a shareholder, you become a partner. When employees or investors understand that privilege, then the mentality is on the same page.”

As a part of the Competitiveness Agenda, the Abbott government is also considering shaking up regulations around crowdsourced equity, allowing startups and small businesses gain better access to this form of equity.

Lui says action by the government to reform the employee share scheme and crowdsourced equity could potentially position Australia as a global thought-leader on regulation.

“Depending on how quickly we can bring about changes…  We could really innovate on regulations and that will really help us move ahead globally,” he says.