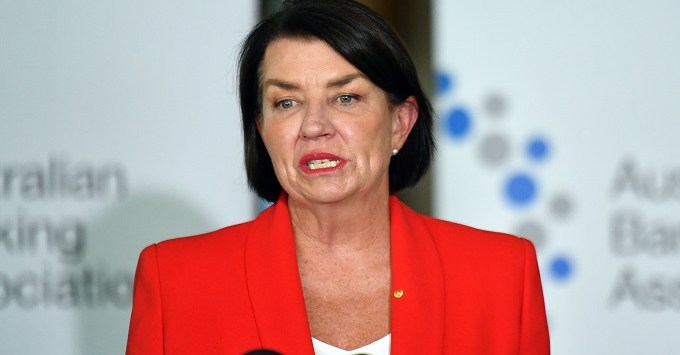 The Australian Banking Association (ABA) has refused to commit to changing the definition of small business in its industry code as recommended by the banking royal commission.

In an announcement circulated on Wednesday morning, the ABA, which represents the major banks, said it’s concerned changing the definition of small business in the soon-to-be-implemented 2019 Banking Code of Practice will affect business lending.

“The industry has serious concerns that this recommendation may have a material impact on access to credit for small business borrowers,” the ABA said.

In his assessment of the small-business lending space, commissioner Kenneth Hayne baulked at suggestions for an overhaul of the industry code but did back a definitional change.

He advised doing away with the current three-prong test, which requires annual turnover of less than $10 million, fewer than 100 full-time workers and less than $3 million in total debt to all credit providers.

Instead, he said the definition should be simplified to businesses employing fewer than 100 full-time equivalent employees where a loan applied for is valued at less than $5 million.

“I consider that the definition of small business in the 2019 Banking Code is too complicated and too confined in its reach,” Hayne wrote in his final report.

The change is expected to add an additional 10,000 to 20,000 firms to the small-business lending framework, which is primarily regulated by the ASIC-approved industry code.

Frydenberg “expects” change to be made

The major banks had opposed this change, but earlier this month Frydenberg wrote to ABA chief executive Anna Bligh saying he “expects” the lobby group to implement Hayne’s recommendation.

However, the ABA said on Wednesday the current code definition was “reached after considerable evidence-based consideration about the likely impact on the availability of credit and competition in the market”.

It singled out the expansion from total borrowing across all credit providers under the current code to assessment on a per-loan basis, irrespective of existing debt.

“[This] is a very significant expansion on the current definition which the industry believes should be considered carefully before any change is made,” the ABA said.

The carefully worded release did not cement the ABA’s position on the change one way or the other, with the lobby group saying it will work with Treasury, ASIC and small-business groups on “finalising the industry position”.

However, the government has committed to implementing Hayne’s advice, which will place the ABA at odds with Treasury if it cements its opposition to the change.

The Treasurer’s office did not respond to a request for comment on the ABA’s position before deadline.

Banking code regulator ASIC, which itself was put on notice by the government to implement Hayne’s recommendations, said in a release earlier this month it was commencing immediate work on “appropriate amendments to the code”.

Hayne’s recommendation was informed by a review of the code undertaken by Phil Khoury in 2017, which heard evidence the banks’ preferred definition could miss small businesses with lots of seasonal workers, such as farmers.

ASIC said last year when it approved the code 92-97% of Australian businesses would be covered by the $3 million definition.

There is a concern in the banking industry the revised definition may inadvertently apply to larger companies because the new $5 million definition is not capped by total credit exposure, unlike the current $3 million threshold.

Australian small business and family enterprise ombudsman Kate Carnell questioned why the ABA needs more time to assess the effects of the definitional change, given it has been on the table in various forms for several years.

“It’s a cop out,” she tells SmartCompany.

“It’s not like this is a surprise, or they haven’t had a chance to work on it … the reality is $5 million has been on the table since their own Khoury report over two years ago.”

Under Hayne’s proposal, only firms with fewer than 100 full-time equivalent workers classify as small businesses.

Carnell says the current definition is “not up to speed” with market conditions as it limits businesses to $3 million in aggregate credit.

“The government, and certainly small business entities like us, won’t accept a cop out,” she says.

While taking issue with changing the definition of small business, the ABA did accept Hayne’s other significant recommendation, which was the introduction of “enforceable code provisions”.

Basically, the code will be amended to reflect a soon-to-be-legislated expansion in ASIC powers, allowing it to enforce code breaches on the penalty of a “breach of law”.

Not all provisions in the code will necessarily be enforceable though, and ASIC, the ABA and the government have yet to decide on which provisions will be deemed enforceable.

The reform is designed to give the banking code teeth, following criticism from Carnell that the code’s current enforcement provisions are inadequate.

“The ABA has still got a lot of work to do on the code more broadly,” Carnell says.

“We’ve given them a full set of changes we believe need to be made and we’ll be working with them to make sure the code has got real teeth.

“The banks have a chance to show they really have changed.”