Small business watchdog will have power to name and shame 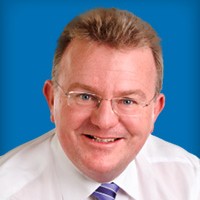 The new small business watchdog will have unprecedented powers to name and shame entities who snub complaints from small businesses.

According to Fairfax, the Small Business and Family Enterprise Ombudsman will have new powers to force big businesses, suppliers or state-owned entities to attend mediation to resolve disputes.

If they refuse to comply, they will face penalties including the option to be named publicly.

The office of Small Business Minister Bruce Billson did not confirm this reported new authority this morning, but released some details about the new regulatory body, saying the watchdog will work as a “concierge for dispute resolution”.

“If a small business has an issue or complaint, we want that business to have its issue considered by the right agency and not fall through the cracks,” said Billson.

Billson said the role would reflect the extra powers and responsibilities of the expanded office.

“This will be a position that can help smaller businesses understand how to deal with disputes, and help get those businesses into the most appropriate dispute resolution process that will save the businesses time, staff and money.”

Council of Small Business of Australia executive director Peter Strong told SmartCompany he doubts there will be many entities actually named and shamed if this power is given to the regulator.

“I doubt the ombudsman will name and shame anyone unless there’s absolute proof,” says Strong.

“What it means is if the current system doesn’t work, the ombudsman has something up his sleeve.”

In the event a big player is named, Strong says some big businesses will still be happy to cop some bad publicity for a little while and then return to their bad behaviour.

”Most big business are fine, it’s just ones who misuse their power,” he says.

Strong says if big businesses are found to have done the wrong thing by a small business, they should be compelled to compensate a small business as they attempt to enter a new industry.

The draft legislation for the role of the regulator, which is due to be released later this year, is also expected to include the power to demand Commonwealth agencies, overseas businesses and interstate companies to attend mediation, according to Fairfax.

It costs businesses $7500 and 63 hours to resolve a dispute on average, according to survey data from completed disputes in Victoria in 2012. The average time it takes to resolve a single dispute is six months.

Aside from its role in dispute resolution, the Ombudsman will function as an advocacy arm for small business, to “listen to small businesses and family enterprises and present those views to the government”, according to the release.

An additional round of consultation with small business will take place later in 2014.