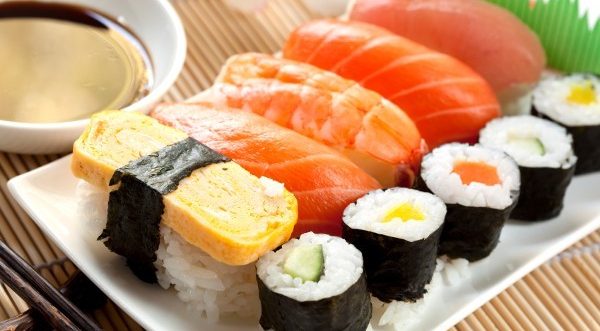 The $3.3 million company, which is also behind sushi franchise Go Sushi and Kick! Juice Bars, has partnered with master franchiser Sky Dragon to take its Wasabi Warrior brand into Asia.

Wasabi Warrior will also open the doors to its first Philippines store next week, to be followed by stores in Singapore and Dubai in coming months.

Pacific Retail founder and chief executive Nicola Mills told SmartCompany the sushi market is still growing in Asia, but Wasabi Warrior has had to make little change to its offering in the new market.

But Mills says Pacific Retail won’t stop its Asian push there. She says Sushi Ginza, Pacific Retail’s wholesale and catering business, is currently growing its presence in a range of Australian schools and she hopes to also take brand into the Asian market in coming years.

“We want to get it humming here and then talk to international partners about bringing wholesale sushi over there, but that would be brilliant,” Mills says.

Reflecting on her expansion, Mills shares three other lessons about her international expansion.

Mills says Pacific Retail receives a lot of inquiries for its franchise model from overseas, but has turned down the majority because of its focus on expanding its 50-strong Australian stores.

“We’ve always focused on Australia first and believed when you feel this market can’t do anything more, then look overseas,” says Mills.

“But if the right partner comes along and understands the ethos of the brand and has the financial capacity to expand it, then you have to reconsider.”

She says Sky Dragon approached Pacific Retail and a shared “passion for the brand” made the partnership feel like “the right match”.

2. Be very picky with your partner

Having been approached by many international suitors, Mills says it is important to take your time to find the right partner.

“It’s like with any relationship, you go on a date first, then you see each other again to see if it’s right. Then you get engaged and you keep working on the marriage,” she says.

Mills says having good communication is the key and says she found it helpful to deal with English speaking partners and launch first in English-speaking markets.

Given the recent high profile collapses blamed on fast international expansion, such as MissChu and PieFace, Mills says a move into an international market should be taken slowly and with consideration.

“Test it and see how it’s going. Make sure your partners can handle it and have the right resources,” she says.

“You can waste a lot of money and effort expanding overseas. It can be great for ego, but not good for company, so I’d say, always tread carefully with offers.”