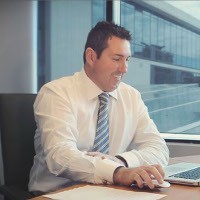 MRS entered into a conditional agreement to buy the privately owned D&M group with the deal involving payment of $6.7 million in cash and 1.7million warrants to acquire new shares in MRS at 30 pence (58 cents) over the next seven years.

Morffew says the deal has been about two-and-a-half years in the making.

He says MRS is now on the lookout for more businesses to buy.

“This was the first in a few acquisitions we are planning on doing, our growth strategy is based on acquisition,” he says.

“At the end of the day we are all about building shareholder value and making the company bigger.”

The deal follows MRS’ recent listing on the AIM London Stock Exchange which Morffew describes as “a long process”.

“The listing went well at the end of the day,” he says. “The first goal was to get listed, the second goal was to get pretty good interim results and third was to acquire other businesses.”

Morffew says MRS listed on AIM rather than the Australian Securities Exchange in order to ensure liquidity for shareholders.

“At the end of the day they need to be able to sell their shares and we just felt we couldn’t do that on the ASX being such a small company,” he says.

Murray d’Almeida, chairman of MRS, says Morffew identified early that for a company to grow and provide shareholder value you need to act local but think global.

“To insulate an Australian company against vagaries in the local economy you need to think international and to do that you need an international platform and the AIM market provides liquidity,” he says.

D’Almeida says businesses looking at expanding internationally are viewed far more seriously if they are listed somewhere like AIM.

“The ASX, certainly for small cap stocks, there is not a lot of access to capital compared to London, which is one of the financial capitals of the worlds.”