SMEs are winning more federal procurement contracts than ever before

The value of federal government contracts going to small and medium enterprises has increased by almost 30%.

According to federal ministers Mathias Cormann and Michaelia Cash, the government has attempted to give SMEs a better chance at winning contracts with a range of measures including standardising government contracts, implementing better integrity controls, higher targets for Indigenous businesses, and a new Centre of Procurement Excellence — set up as part of the 2019 budget.

They said the upcoming adoption of a five-day payment deadline for e-invoices would also benefit suppliers.

SMEs were recorded as having been the most competitive in education and training services, winning 63.4% of contracts in this category.

The top category out of all federal contracts awarded this year was commercial, military, and private vehicles, and their accessories and components, with a total value of $16,433.6 million. SMEs were awarded 2993 of the total contracts in this category (48.7%). 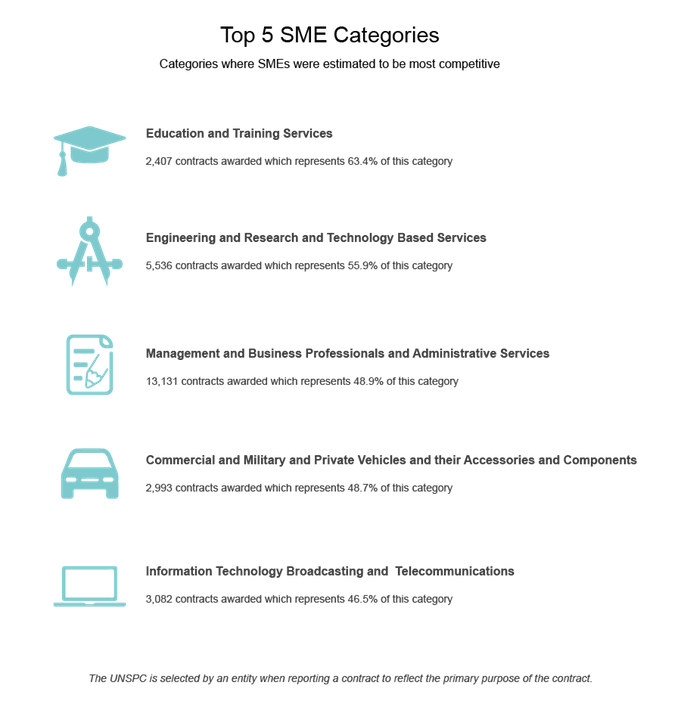 The Department of Defence contributed the most value of contracts awarded to SMEs in 2018-19, equating to $8185.1 million. Human Services came in second with $1503.5 million in value, followed by Home Affairs with $799.8 million.

The same report found defence equated to 67% of the total value of all Commonwealth procurement contracts this year, way ahead of the second highest value, human services, with only 6%.

However, defence has reportedly irritated some unnamed senior federal government figures for signing a $55 million contract with a Finnish company for military boats, rather than contracting local companies.

NOW READ: The challenge of competitive tenders for SMEs