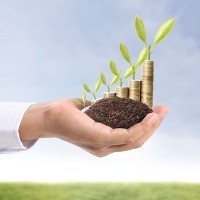 Small businesses are taking time to build revenue before seeking funding, according to a study published yesterday by Business Connector.

The study of 179 businesses seeking funding found over two-thirds of the businesses were generating revenue, with many of those turning over $5 million plus a year.

Mike Boorn Plener, founder of Business Connector, told SmartCompany this appeared to dispel the myth that businesses are not raising enough funds.

“The big shift from 14 months ago [when Business Connector last conduced this study] has been that a lot of businesses didn’t seem nearly as ready a year ago as they did now,” Plener says.

“One of the big surprises was how many of these companies are in revenue and now they are going up and raising capital. It shows a lot more maturity in the marketplace.”

The study shows the potential multiplier effect on growth is remarkably high.

According to Plener, if the sector is able to attract the funding it needs it will mean a 30% lift in the forecast GDP growth over the next four years.

Plener says there are more opportunities now for businesses to raise funds.

“If you look at the banking sector, what we have seen is the banks are stepping up,” he says.

“It is now possible to go out and get bank funding but that was often impossible three years ago.”

But Plener says venture capital funding is still hard for SMEs to obtain so other avenues such as crowdfunding have potential.

“It is not easy to raise capital, I wish I could say that, but it would be bullshit,” he says.

“But for those that are serious about it and go along the road of doing a business plan, a forecast and a financial model then the money is available.”

Rob Ward, co-founder of Annex Products, told SmartCompany he used crowdfunding to fund his business, which now sells to over 120 countries.

“When we started out we never really thought about the traditional model, which is getting a pitch together and pitching to investors to get them behind you,” he says.

“We saw Kickstarter and saw the idea and really liked the whole premise.”

Ward says at the time Kickstarter and crowdfunding was not well established as a funding method but has since gained in popularity.

“We thought it makes a lot of sense because it validates our idea and gives us the money to get started on the idea,” he says.

“It’s been awesome for us as now we are in a position where we still own 100% of our company and we are growing really fast. We have been able to keep the vision alive and we don’t answer to anyone.”

Ward says avenues such as crowdfunding increase the funding options for startups and SMEs.

“I think there are more options, I wouldn’t say it’s easier,” he says.

“I don’t think at any time it has been easy to get money in Australia but there are definitely more options.”

Ward says getting a loan from a bank continues to be difficult for SMEs and startups.

When Annex Products had been trading for over a year and was turning over “a couple of million dollars” Ward and his co-founder applied for a line of credit with a bank.

“We were doing quite good business,” he says.

“But the bank demanded equity on both our houses; it was not a lot that we were asking for in comparison to our turnover.”