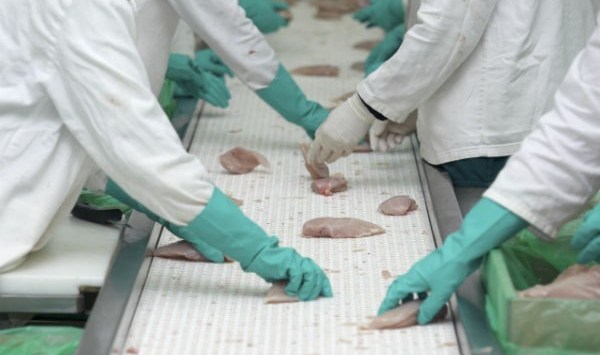 The Fair Work Ombudsman has confirmed it is monitoring labour hire firm AWX and its related entities, the day after a report by the ABC’s 7.30 program detailed allegations against AWX ranging from gross underpayments to forcing young international workers to sign documents that waived their workplace rights.

A spokesperson for the Fair Work Ombudsman told SmartCompany this morning AWX and its related entities are on the employment watchdog’s radar as is the meat processing sector, which forms “a specific part” of the ombudsman’s national inquiry into the wages and conditions of 417 working holiday visa-holders, launched in August 2014.

AWX, which supplies workers to meatworkers around the country that supply major grocery chains, has been accused of underpaying international workers on 417 working visas, including by forcing them to sign forms titled “Voluntary Agreement to Undertake Overtime”, which contained provisions to say the worker agrees to complete overtime shifts at their “normal” rate of pay.

According to the ABC 7.30 report, AWX recruits overseas workers in Mandarin and at least one worker who spoke to the program, Amy Chang, said she paid the company $300 to do a training course in Sydney before commencing work at a meatworks in regional New South Wales.

However, Chang said her training consisted of three weeks of unsupervised work for up to 11 hours a day with no pay.

Once she started work at the meatworks, Chang said she was paid less than $17 an hour and along with other AWX workers, was forced to sign the overtime form.

“Just like forced you to overtime work. You don’t have a choice. You cannot say no because no choice to you. You need to signing. Otherwise you need to get home, you need to go back to your home.”

According to payslips obtained by 7.30, workers who had signed the overtime form were paid the same hourly rate of $16.86 for both normal hours of work and overtime shifts. Grant Courtney, secretary of the Northern NSW Meatworkers Union, told the program the behaviour is “illegal”.

“You can’t pay workers ordinary rates of pay for overtime,” he said.

AWX denied forcing workers to sign the forms to 7.30 and said all its workers are paid “according to our statutory requirements”.

In a statement issued to SmartCompany today, the company said the ABC report “made claims about our business practices that were wrong and did not give a fair or balanced account of our operations”.

“We are absolutely confident that our business practices are ethical and comply with all relevant legislation,” AWX said.

“Any claims made when suggested otherwise were simply incorrect. AWX is proud of our work supporting Australian businesses and our workers.”

Poultry producer Baiada is also in the spotlight again this week after the same 7.30 program claimed workers at one of its plants were encouraged by a labour hire firm to lodge false visa applications so they could continue to work in Australia.

Last week the Fair Work Ombudsman released a scathing report on Baiada’s workplace practices, after an inquiry found workers were not being paid, forced to work extremely long hours and required to pay excessive rent for employee accommodation that was overcrowded and unsafe at three Baiada poultry processing sites in Beresfield, Hanwood and Tamworth in NSW.

In response to the report, Baiada said it had already taken steps to stamp out the behaviour, but the ABC reports international workers were still being mistreated at the Beresfield plant as recently as two weeks ago.

“Backpackers are working 18 hours a day for $11 an hour and being housed by their agencies in crowded accommodation like this recently filmed carport for exorbitant rents,” said ABC reporter Matt Peacock, as one worker said he was paying $100 a week to share an unclean room with a number of other people.

The ABC has also uncovered two applications that it says show Malaysian workers at Baiada are being encouraged to lodge false visa applications in order for them to be able to keep working in Australia.

The workers are allegedly being charged up to $3500 by labour hire firms to file an application for a protection visa. When the visa is knocked back, an appeal is filed, giving the workers another 18 months to continue working.

“[The agent] told me just go to the interview and just make some story, some bullshit, that he didn’t care, he just want to postpone and get another bridging visa, renew the visa so that we can continue to work,” an anonymous worker told the ABC.

The spokesperson for the Fair Work Ombudsman told SmartCompany since launching its investigation into Baiada’s workplace practices, the ombudman’s office is pleased to see the company has issued a statement and “now wants to meet and talk to us”.

Fair Work Ombudsman Natalie James also told ABC Radio Riverina last week Fair Work will be “pursuing all the legal action we are able to”, including by working with other government bodies such as the Australian Tax Office and the Australian Securities and Investments Commission and talking to the major supermarket chains.

“We will work our way up and down the supply chain in pursuit of those who are flouting workplace laws to ensure workers are being paid properly and treated fairly, and where necessary, consider legal action where appropriate,” the spokesperson says.

SmartCompany contacted Baiada but did not receive a response prior to publication.