Starting a business “relatively easy” in Australia but exiting is too hard: Productivity Commission 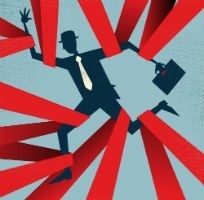 The Productivity Commission has released its draft report into the barriers associated with setting up and closing a business as part of its ongoing inquiry into red tape.

While the commission has found it is “relatively easy” to set up a business in Australia, it has identified a number of longstanding issues with specific regulatory requirements that remain unaddressed and are making market exit costly and unnecessarily complex.

Thousands of small businesses shut their doors for the last time in Australia each year, with around 10,000 companies collapsing in 2012, according to the Australian Securities and Investments Commission.

In response to this, the draft report recommends setting up a simplified liquidation process in order to reduce the time and expense of winding up a company.

Restrictions on accessing finance and overseas travel for bankrupt individuals are also in the limelight, with the report suggesting the default exclusion period be reduced from three years to one year. However, regulators would have the power to extend that time in order to avoid an abuse of the bankruptcy process.

Peter Strong, executive director of the Council of Small Business of Australia, told SmartCompany most of the recommendations contained in the Productivity Commission’s report were “really good” news for SMEs.

“It’s part of a number of things happening in the small business sector, like the budget reply and all the things [Small Business Minister] Bruce Billson has put up,” Strong says.

“So it’s all part of a bigger picture and a healthy part of what the government is doing. And of course, it means other people are focusing on it as well.”

Strong is pleased the report tackles new business models and the digital economy, suggesting issues such as the taxation of new companies such as ridesharing service Uber raise questions around whether regulation on well-established companies should also be reviewed.

However, Strong disagrees with the report’s suggestion that access to capital for companies is not a major concern.

“The fact that there are growth businesses that can’t access finances is a concern,” he says.

The draft report also examines the role of equity finance in Australia’s economy, noting that giving away equity is important for the economy because it allows existing businesses to expand rapidly ahead of revenue growth.

However, the report suggests a “two-tier regulatory structure” should be put in place for crowdsourced equity funding in order to balance the needs of business with the “risk preferences of different types of investors”.

But Strong says this recommendation concerns him as he would like to see less regulation, not more.

“I’m not sure two-tiered systems are logical or necessary,” he says.

“Maybe they’re right, but it’s an odd thing. It [the report] also says most businesses don’t suffer, but there were 10,000 last year that closed and that’s 10,000 individuals who’ve gone into insolvency.

“If there were 10,000 employees who lost their job somewhere there would be an outcry.”

The commission’s final report will be handed to the federal government by the end of August after further consultation and a number of public hearings that are due to occur next month.