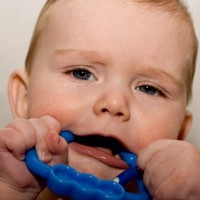 The Australian Taxation Office has admitted there has been “some teething issues” with the implementation of SuperStream, but says the vast majority of small businesses are making the transition to electronic super contributions without any hiccups.

Yesterday SmartCompany reported on how small business owners are being caught in the crossfire as large superannuation funds transition to the SuperStream system.

SuperStream requires employers to make super contributions on behalf of their employees by submitting data and payments electronically, with the aim of improving the efficiency of Australia’s superannuation system.

However some SMEs are complaining of a “heavy-handed, threatening approach” by big super funds after mistakes are appearing to be made on their end.

Businesses employing 20 people or more were originally required to be using SuperStream by the end of last financial year, however that deadline has since been pushed back to October 31.

Philip Hind, national program manager for SuperStream at the ATO, told SmartCompany more than 250,000 small businesses have made the switch to electronic superannuation contributions.

“Certainly we anticipated there would be some teething issues with the implementation,” Hind says.

“But we would describe them as teething issues, not fundamental problems. At the present time, the SuperStream implementation is going very well and ahead of expectations at this point.

“If someone told us it was possible to hit that number [of people using SuperStream] by late December 2016 two or three years ago, I don’t think I would have thought that possible.”

Hind says errors can occur with the SuperStream process for a number of different reasons, such as critical information missing from the employer’s side or the amount of money sent to the fund not reconciling with the information being sent to members.

In particular, Hind says businesses should include their Australian Business Number when making SuperStream payments so the fund can identify where the contributions are coming from.

“If you get those things right, then the SuperStream system will generally work very well based on the experience we’ve seen,” he says.

Hind says the key issue for the ATO is getting people to use SuperStream the first time.

However, should problems persist, Hind says a small business’s first point of call should be the super fund in question.

“They all have call centres and they should be able to establish very quickly if the money has been received,” he says.

“A phone call will solve most issues the first time around, and if a phone call doesn’t work you could equally call the clearing fund that is clearing the funds for them. But for whatever reason, if they two parties aren’t communicating, we’re happy to step in and help out.”