Bill Shorten’s $14 billion plan for a super tax on the rich: Could it work? 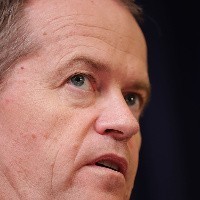 The Australian Labor Party will increase taxes on the superannuation of wealthy individuals if it wins the next federal election.

Opposition Leader Bill Shorten and shadow treasurer Chris Bowen will today reveal its superannuation plan, which the party says will raise $14 billion over the next decade.

Labor will propose to add a 15% tax on earnings from superannuation accounts above $75,000 a year, which according to News Corp will target around 600,000 accounts with balances of more than $1.5 million.

The ALP will also propose to cut the high-income superannuation threshold from $300,000 to $250,000. This would effectively double the tax on contributions to 30% in a move that Labor says will affect 110,000 people.

Finally, the opposition will also seek to remove a 10% tax offset for defined benefit income above $75,000, affecting around 9500 people.

Shorten is today expected to rule out making any other changes to the super system if the ALP is elected next year.

“This demonstrates how Labor will responsibly manage the budget and the economy without stifling economic growth or cutting billions of dollars from pensions, health and education like the Liberals want to do,” Shorten will say.

But one superannuation expert has questioned the proposals, which go much further than the recommendations of the Murray financial system inquiry and the Henry Tax Review.

Brad Twentyman, director of superannuation at Pitcher Partners, told SmartCompany he is “not convinced high income earners are somehow deriving an unfair benefit” from the superannuation system in its current form.

“There are a few individuals at the extreme end, where the benefit they are deriving brings into concern they might be getting too much of a benefit,” Twentyman says.

“But they are the exception to the rule.”

Twentyman says depending on the performance of a given super account in a year, individuals with $500,000 in super may earn the required $75,000 and therefore be hit by Labor’s proposed 15% tax.

“Someone with $500,000 to $1 million in super, they have worked hard in their lives to voluntarily save for their retirement and have sacrificed a certain standard of living during their working lives,” he says.

“To some extent these people use the tax concessions but that is exactly how the system is supposed to work.”

“I’m not sure when the debate about super became an equity argument between low income earners and middle to high income earners.”

Twentyman says there are also questions around what would be classified as “earnings” from a super account under Labor’s plan and whether or not the proposed high-income superannuation threshold of $250,000 would be indexed.

He also believes the cost of collecting the additional revenue under Labor’s plan would be significantly higher than under a “uniform system”.

Twentyman says the proposed changes would create an “immensely complex system”, especially for individuals with multiple super accounts and the proposals would “create a line in the sand” that would ultimately motivate individuals to change their behaviour depending on which side of the line they fall.

Twentyman believes the federal government is leaning towards some change in the super concessions that would be “applied across the board and at a lower rate” but reform is unlikely until the government’s tax review is completed.