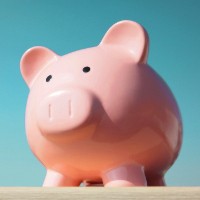 As July 1 fast approaches, SmartCompany takes a look at how you can make the most of your self-managed super fund before the end of the financial year and how you can avoid being hit with a penalty from the tax man.

1. Be aware contribution caps are changing

She says the ATO is bringing the contribution age down to 50 for the next financial year (2014-15).

2. The superannuation guarantee rate is also going up

Currently, employers must pay a minimum of 9.25% super guarantee to SMSFs. From July 1, the rate will increase to 9.50%.

Graeme Colley, director of technical and professional standards at the SMSF Professionals’ Association of Australia, told SmartCompany: “If you want to maximise your contributions before June 30, you need to talk to your accountant or professional adviser to make sure your salary sacrifice agreement with your employer allows the maximum to be salary sacrificed.”

Twentyman says it is also important for employers to note the change in superannuation guarantee, to protect themselves from any possible claims of compensations that may arise from over contributing.

“As an employer, if you’re aware that your employee might contribute above the contribution limits, it would be prudent to point out to the employee that they might want to seek some advice. If they think there’s a problem, employers should get on the front foot,” says Twentyman.

3. Watch out for the new penalty regime from July 1

There has been a lot of talk about the new powers the ATO will have to penalise those who fall foul of its rules. The new penalty regime will be introduced from July 1 and will apply to breaches that remain outstanding as of June 30.

“If you’re a trustee of a SMSF, you’ve always had obligations to run your fund the way it should be run or you run the risk of upsetting the ATO,” says Evans. “And they’ve also always had the ability to penalise you. But they haven’t had a regime that’s strong enough to stop some people doing the wrong thing.”

Of the 18,000 SMSF contraventions lodged with the ATO in the last financial year, approximately 50% could have incurred penalties based on the proposed new super laws.

“If you are aware there’s a breach within your SMSF and you’re in the position to fix that breach by 30 June, it’s a good idea to do so,” says Twentyman. “Because if you tick over into 1 July, you will be penalised and you’ll need to go to the ATO with cap in hand.”

“These penalties are mainly for the more serious breaches of investment restrictions, but they do also apply to the administrative functions a trustee is expected to complete,” says Evans.

The penalties for many of these breaches have gone up to $10,200 per trustee per transaction, so a SMSF with two trustees would be looking at a potential fine of $20,400.

The penalty for lodging your SMSF accounts by June 30 has also increased.

“If you haven’t done your 2013-14 accounts by June 30, there’s a possibility that the ATO will be imposing a penalty on trustees that could be up to $1700,” says Twentyman.

“At the moment the non-lodgement fee is a few hundred dollars, and in fact the ATO will probably be looking to impose that and then they’ll come along and impose this new penalty,” he says.

4. Don’t risk being declared a non-person

Non-lodging SMSFs will be declared a non-person for tax purposes if they’ve been slack with their lodgements.

“If you have a SMSF and you haven’t lodged a tax return for two or more years, they will classify your fund as a non-person,” says Evans.

“That means your fund won’t be able to receive contributions, rollovers or transfers,” she says. “In other words, if you’re in that situation and you’re well behind on your reporting, your fund will effectively stop being able to operate.”