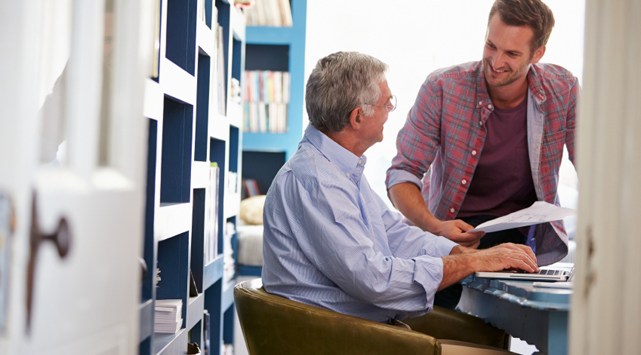 Australia’s retirement system is headed on an unsustainable path. Our population is ageing and the country faces lower expectations about future economic growth. That is the present reality and isn’t something we can just ignore and hope goes away. We can face and solve the problem with a practical and human approach, but politics as usual won’t work this time.

The major issue is superannuation. Today’s super system promises too much and isn’t set up to deliver for future generations. According to the 2016 Household, Income and Labour Dynamics in Australia (HILDA) Survey, superannuation is on pace to overtake family residences as the most valuable asset owned by the average Australian family. Westpac’s Brad Cooper called it a “burning platform,” and it is – but it is a platform Australia can still save.

If you listen to the news right now, however, the focus isn’t on practical solutions. Labor and the Coalition are drawing lines in the sand, while some wealthy superannuation beneficiaries are screaming. The markets are abuzz as the drama plays out. If you ask me, Australia’s political leaders could learn a lesson from our strong and successful family business enterprises.

The Coalition leadership, led by Malcolm Turnbull and Scott Morrison, wants to cut down on the nearly $30 billion spent each year on superannuation concessions. To accomplish this, the Coalition government proposed a $1.6 million limit per super account (starting value), a $500,000 cap on non-concessional contributions, a $10,000 reduction in the annual pre-tax contribution cap, and various smaller measures.

All of this to fund the government’s “jobs and growth” economic plan, which looks to support additional trade and investment in Australia. The government also needs extra money to cover tax cuts to small businesses and a new Professional Services Mutual Recognition Unit.

Between now and 2055, the number of Australians age 65 or older is projected to more than double and hit 23% of the total population. The government pension system won’t have the revenue for that.

It’s a challenge facing the whole world – the United States, Europe, China and here at home. Families are having fewer children and people are living longer. Ignoring that reality is like ignoring a lit fuse on a pile of dynamite.

So what’s this got to do with family businesses?

Sustainability across generations, especially when there can be four generations all drawing from the same economic pool, has always been the challenge of families in business. This is now even more critical given the “living longer and healthier lives” phenomenon.

There’s an old family business aphorism about “the easiest money to earn is money you haven’t spent.” In other words, be frugal in good times and bad. Make sustainable decisions today so that your children and children’s children can inherit a healthy business down the road. It is a pragmatic approach and a human approach.

Moreover, for most family business owners, the family business is their retirement scheme. Rather than investing in a super account or brokerage account, owners reinvest in the family firm. The best family businesses track every dollar they spend and understand the limits of their budget. Politicians and special interest groups don’t naturally face those kinds of realities, but they could certainly benefit from the logic.

Gro Harlem Brundtland, chairman of the 1968 United Nations Brundtland Commission and former Prime Minister of Norway, most succinctly said sustainability was “meeting the needs of the present without compromising the ability of future generations to meet their own needs”.

If you needed to avoid going bankrupt, how would you make changes? For the family business owner, this is an easy problem. If the current budget is unsustainable, then it is time to make sacrifices in the least painful places first.

It is hard to believe anyone thinks the new caps to super contributions are just as painful for someone with a $1 million balance as those with a $13,000 balance. If some people need to make concessions on their future benefits – and we know they do – it makes the most sense for that to occur among top income earners.

That’s not to say the argument about “retrospectivity” requires discussion. Or that the $1.6 million cap is entirely fair for everyone. After all, anyone with $1.6 million in their super likely lost 40- 50% of their income to taxes each year.

But “is this fair?” is not the right question.

The right question is: What are the alternatives?

The opportunity cost of doing nothing is very high. Coalitions, by their nature, have to balance a lot of issues. Legislation like this is difficult to cobble together, and the perfect solution is not going to fall from Heaven in the next Senate session.

Australia’s political leaders should focus on managing for the long term, no matter their agenda. Unfortunately, short-termism is a plague on politics, business and the environment. Rattling sabers and drawing lines in the sand over every difficult decision is good election politics, but it is bad for Australia.

The family business model works. It works because it assumes problems are real, takes them at face value, and crafts practical solutions with a patient and long-term perspective. To quote departing RBA governor Glenn Stevens: “We need some realism here”.

David Harland is the managing director of FINH and works exclusively with multigenerational family businesses. He holds both national and international accreditation in the field of family advising and family wealth.