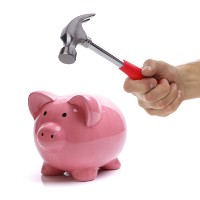 A Federal Court judgment this month provides telling lessons for members of self-managed super funds, including those operating small-medium businesses.

The court personally fined the husband-and-wife directors of their SMSF’s corporate trustee a total of $50,000 for a series of contraventions of superannuation law, including the making of 80 “loans” to members, namely themselves.

Fund money was also used to buy study cattle “for hobby purposes” as well as to pay veterinary bills and other related expenses without the fund earning income from the expenditure. The couple, who were the only members of their SMSF, operates a livestock business in Victoria.

Further, the trustees allowed their son to live in a fund-owned property without paying the rent required under the lease. And the fund had spent $48,500 on furniture before the lease commenced.

Peter Bobbin, principal of lawyers Rockwell Olivier in Sydney, says: “Without doubt, the couple used the super fund as a personal bank to fund their [pre-retirement] lifestyles.”

There is no suggestion in the judgment that the husband-and-wife trustee directors/members in this case used money from their SMSF in relationship to their business. However, Bobbin and Chris Malkin, the senior consultant auditor with Baumgartner Superannuation, say the case represents a warning for SME owners about the dangers of mixing their super, their business and personal finances.

“This case reminds me of the need for SME owners to quarantine their superannuation from their business activities,” says Bobbin. And Malkin believes that SME owners can face a greater temptation than other members to use their super money for purposes other than for their retirement.

“The simple reason is that the cash-flows of SME owners are sometimes stretched and some may see their super fund as a pseudo bank,” says Malkin.

This case should reinforce to SMSF members regarding some of the most fundamental provisions in superannuation law. These include:

1. The sole-purpose test: A super fund must be maintained for the purpose of providing retirement or death benefits to members.

3. The in-house asset rule: SMSFs are generally prohibited from making loans, providing leases or having investments with related parties and entities that exceed 5% of its total asset value. (One of the very few exemptions to the in-house asset rule is business real estate.)

As Peter Bobbin of Rockwell Olivier says, the ATO in this instance did not revoke the SMSF’s complying status but had decided to pursue the trustees through the court.

When an SMSF is declared non-complying, its assets – less any after-tax, non-concessional contributions – are taxed at the highest marginal rate. This is widely regarded as an ultimate sanction against an SMSF.

Stuart Jones, author of the Australian Superannuation Handbook 2014-15 (published by Thomson Reuters) expects that the ATO is likely to apply its new administrative penalty regime, in force from July this year, to similar cases in the future.

Under the new penalty regime, the Tax Office can directly and personally fine SMSF trustees by imposing an administrative penalty (ranging from $850 to $10,200) intended to match the seriousness of the contravention. Therefore, the ATO does not have to go through the expensive and time-consuming process of seeking court-imposed penalties.

Jones says the commissioner still has the option of applying for a civil penalty court order of up to $220,000 for each offence, or even instituting criminal proceedings in certain cases.

Given the large number of contraventions in the Graham family matter, Malkin suspects the overall penalties would have been significantly higher if it had been dealt with under the new penalty regime.