Small business owners are control freaks when it comes to super: SMSF report 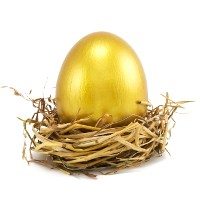 Almost one quarter of Australian small business owners are members of a self-managed super fund, according to research, with the majority of those members choosing SMSFs because they want more control over their investment.

The research comes after SMSF experts last week hit back against claims members were using DIY funds to get the benefit of tax break schemes.

The survey, which interviewed 750 Australian small business owners, also indicated the smaller the business, the more likely it is to have a self-managed super fund.

Nearly 40% of home-based businesses have a SMSF, compared with only 21% of small business based outside of the home.

The research showed an enormous 91% of small business owners with an SMSF said they were satisfied with their fund, and the vast majority said they use an investment adviser for their fund.

Virtually all adamantly argued any misstep with their fund was their responsibility, and not the fault of the advisers, proving small business owners have a keen ‘buck stops with me’ mindset.

Susie Salmon, head of superannuation and SMSF financial services at Crowe Horwath, tells SmartCompany the sense of accountability was true of small business owners who see themselves as ‘self-made’.

Salmon says across the board, SMSF members chose self-made funds because of a greater sense of control and flexibility.

“It certainly isn’t because of ‘sneaky’ tax breaks,” says Salmon.

“It’s got nothing to do with tax; it’s got to do with control. It’s an emotional conversation.”

She says SMSFs are currently becoming increasing popular with young people and with women.

“It’s seen as a savvy style of investment.”

“Usually, it is investors who say, ‘I can do what I want with my money’ versus just ticking a box that lets the fund manager choose.”