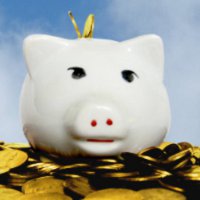 For the seventh year now, SmartCompany has interviewed the top industry experts and scoured the ratings tables to discover what the best super fund is for you. We’ve got all the details of what to look for in a super fund and how best to protect your interests.

But Nathan McPhee, chief executive of SuperRatings, cautions that there is no single best fund for everybody.

“The overarching outcome of our assessment is that no fund is perfect,” he says.

“SuperRatings looks at a number of factors including investments, ancillary services, governance and no one fund is outstanding in all those components. Depending where you are in your retirement lifestyle some of those factors may be more important than others.”

Here are our tips for picking the best fund for your circumstances.

2013 was one of the best years on record for superannuation, with over 16% performance for the majority of accumulation members, and longer term numbers have also become more palatable with the impact of the global financial crisis lessening.

The corporate superannuation fund for employees of Goldman Sachs and JBWere was the best performing fund, with a 10-year average annual return of 10.1%, but sadly these funds are only available to employees of those companies.

For the rest of us, generally, not-for-profit funds are outperforming retail funds.

The Australian Institute of Superannuation Trustees, the peak body not for profit super funds, says 2013 was another great year of performance for the sector.

“Performance has been consistently high across all three sectors that make up AIST’s member base – industry, corporate and public sector funds” says executive manager of policy and research David Haynes.

“While these are great returns for super fund members, it is imperative to note that the most important numbers are over the long-term performance.”

Haynes cautions it is “essential” to look at the performance of your fund over the longer term, such as 10 years.

“Super is a long-term investment, so a single year’s performance is not the best indicator of how the fund will deliver the best retirement outcome for you.”

According to Chant West research, growth funds had their highest returns in 20 years in 2013. In the past 11 years, there have only been two negative years for super funds, which came in the midst of the GFC.

Funds have since bounced back strongly and on average now stand around 21% above pre-GFC levels reached in October 2007 and have gained roughly 64% since the GFC low-point at the end of February 2009.

Growth funds returned on average 17.5%, while balanced funds returned 12.4% in 2013, thanks to the strong performance of the sharemarket yielding greater results for more aggressive funds.

Chant West investment research manager Mano Mohankumar told SmartCompany growth funds are the most common type of fund; however, they are more risky than a balanced or conservative fund.

He says funds which had a higher allocation of unhedged international shares tended to perform best.

“A typical diversified fund will have some exposure to international shares, but most will hedge a portion of the shares to the Australian dollar so it’s not exposed to currency fluctuations,” Mohankumar says.

“The average growth option has about 26% allocation to international shares, of that 26%, 25% is unhedged. This ratio does change though and those with a lower percentage of hedged shares benefited in 2013.”

Growth funds typically have a 53% allocation to shares in total and in 2013 they were the main driver of performance.

Funds with a lower exposure to bonds and cash also performed strongly in 2013, as these asset types typically have less risk, but lower returns.

Of the not-for-profit funds, McPhee recommends the best performing “without doubt” is REST, which caters to the retail industry.

But McPhee says some of the retail funds which had lagged in performance for a long time are starting to close the gap and singles out Russell, BT Super for Life and Plum.